The static bin in front of the Arboretum Cafe, has been in a filled condition since last weekend.

The Arboretum Cafe staff said: “it’s not like this usually, but it’s been this way since at least this Monday morning. Last summer, there was a similar incident. The bins were full, and somebody threw a lit cigarette in, causing a fire.”

The arboretum is a popular spot in the city which have a lot visits a day and the state of the bins can be a nuisance for the visitors.

All the other bins inside and outside the park are emptied.

The Nottingham city council commented that they were not sure for the reason behind this bin remaining uncollected.

They assured that the bins are cleared once in a week and clarified that the Waste Services are incredibly busy to be queried regarding a single bin. 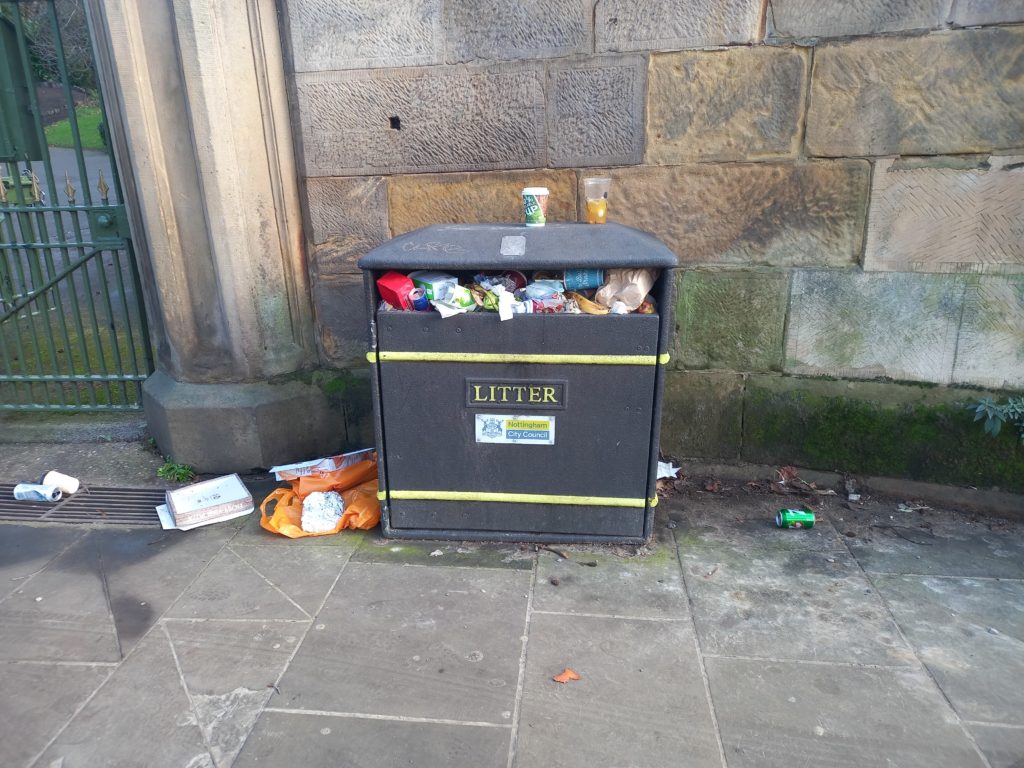 An NTU student Nnamdi Onye said: “I think condition of the bins are just horrible.

“There are a lot of people coming to the park every day and this wouldn’t be a great impression on them.

“I think the council must do something about keeping the park premises clean soon.”

The Council authorities are now aware of the situation and hopefully might clear the bin soon.