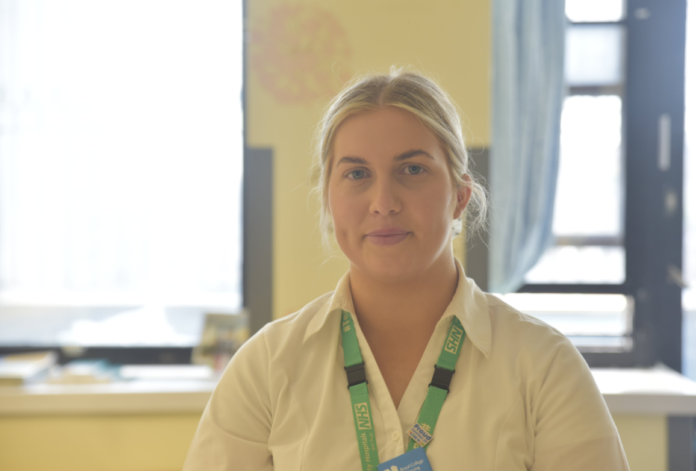 These are the Nottingham NHS staff members who have been commended for their tireless work at Nottingham University Hospitals Trust (NUH).

NUH has spent January posting updates on their social media channels to recognise the everyday NHS heroes who contribute looking after the city’s people.

They include nurses, catering staff and even library staff who have been handed internal awards to recognise their service.

Maxine from the Loxley Ward of oncology and haematology has been nominated for a Daisy award.

She is described by her patients as: “an angel in human form”.

Food service assistant Ami Wass was awarded a #TeamNUHAward and promoted to supervisor in the same day.

She was commended for taking extra time and care to understand patients food preferences and ensuring they are available to them to maximise their nutrition intake.

“Behind the scenes superstar!”

Elizabeth has been awarded a high commendation NHS Empower Award after 20 years’ service in the Nottingham University Hospitals library.

Her colleagues said: “She has been instrumental in supporting an evidence based culture.

“Nearly everyone we meet at the Trust knows of Elizabeth and her training.

Julie has received a high commendation for the Team NUH Public Nominated Award for her work as a play specialist preparing children for radiotherapy.

She was nominated by the family of a child she supported in 2019 who later died.

Michaela was awarded a Daisy Award for her work on the Loxley Ward.

Colleagues said: “This is well deserved for the wonderful care she provides.”

Doctor Catherine Vincent, who works as a consultant at Hayward House was awarded with a High Commendation Team NUH Award.

She was praised for advocating for patients, families and staff and encouraging her team to work to the best of their ability.

Ruth is a clinical specialist in the NUH stroke team.

She has been awarded a “thoroughly deserved” Team NUH Award for her innovation, encouragement and commitment to finding solutions.

Hayley was nominated for employee of the month on the Loxley Ward this month.

She received the nomination for supportive nature and ability to stay calm in a crisis.