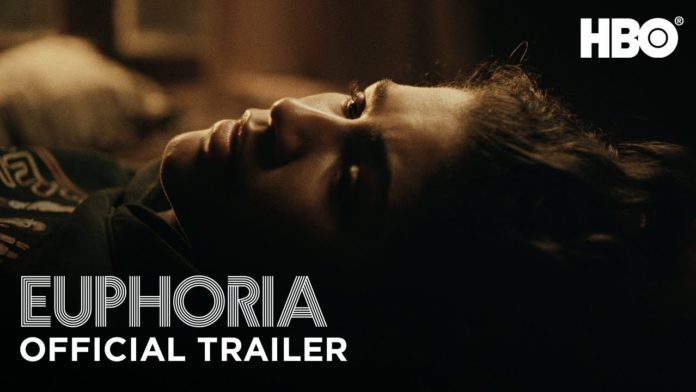 This January, after a painful two year wait, teenagers, drugs, alcohol, and toxic relationships hit the screens in season two of Euphoria starring Zendaya, Jacob Elordi, and even more drama and mayhem.

This January 9th the hit series Euphoria released their second season after having such success with season one and the number of viewership sky rocketed.

Euphoria by definitions means ‘a feeling or state of intense excitement and happiness’ – google dictionary- and it does not let you down.

Nate (played by Jacob Elordi) and Fezco (played by Angus Cloud) beginning season two by clashing fists when they finally lose their patience and no longer want to play nice.

Nate said to Fezco also known as ‘Fez’: “The last time we talked, didn’t you say you wanted to kill me.”

Which resulted in Fez violently beating him and causing him to suffer from major injuries to the face.

Will these two enemies overcome their hatred for each other or will they continue wasting energy being angry?

and we all enjoyed it pic.twitter.com/izF47WOXGJ

Will Cassie’s (played by Sydney Sweeney) and Maddie’s (played by Alexa Demie) friendship be put to the test or will the lies continue over love feud.

The two best friends may face some complications after falling for the same boy, the secrets are building and each time getting closer to being caught.

But after Nate opens up to Cassie by saying: “”I don’t wanna weird you out or anything but I can imagine starting a family with you.”

Nate needs to choose, but does he love them both?

Cassie is safe and secure but Maddie is fierce and exciting.

Jules (played by Hunter Schafer) is scared that Rue is to reliant on her, as she says: “Her sobriety is like completely dependent on how available I am to her.

“Like this is a massive weight on my shoulders

“Like what happens if she relapses cause I’m not there.”

Zendaya’s acting never ceases to amaze the audience as she faces to overcome her addiction because her personality becomes unpredictable.

Will Fez open himself up to love and will the mysterious girl open herself up to a ‘bad boy’.

Comments on Euphoria say: “Cassie can’t catch a break, can she?”, “Cassie needs to stop jumping into relationships, stay single and learn to love herself”, “I can see a friendship being ruined.”, “this series broke my heart”.

The new season of Euphoria is available to watch on NOW, don’t miss out.