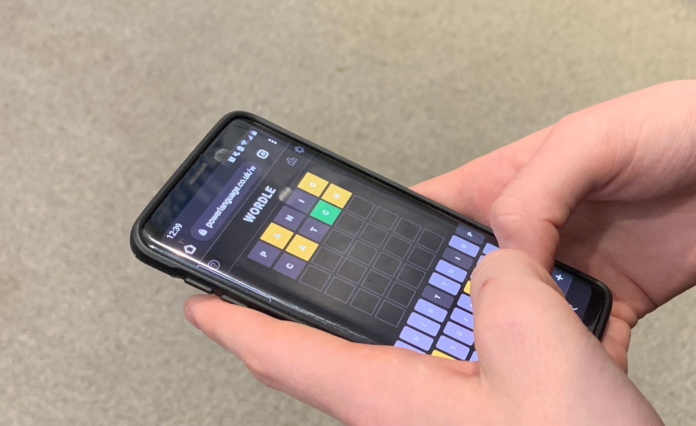 Wordle is the popular, new online game taking the internet by storm and some of the viral #Wordle tweets have provided many people with a chuckle this month.

Created by Josh Wardle, the free 5-letter word challenge provides all players with the same word which refreshes every day.

Many users have turned to Twitter to share their frustrations at the difficult words or to simply gloat about getting the word within the 6 tries the game allows.

The social contract we are all upholding to not spoil the day's Wordle has slightly restored my faith in humanity.

Writer, Sarah Bessey took to Twitter to announce how other player’s Wordle etiquette has “slightly restored her faith in humanity” as users choose not to spoil the game for others when they have completed the word.

when wordle gives five greys after your first guess: pic.twitter.com/E0y0FBhpFN

Alex made followers laugh at this relatable tweet, using a Real Housewives episode snippet stating “I am not in the mental state for this level of descension”, describing his frustration trying to get it right.

Still not on Wordle but I’m loving your updates and, bloody well, some of you went right to the wire with yesterday’s one. Stay strong, hold your nerve right into that sixth guess. It won’t always be pretty. But this is a results game.

Comedian Mark Watson tweeted that although he isn’t a Wordle user yet, he’s having just as much fun reading everyone else’s updates and urged players to “hold their nerve”.

Even Malala Yousafzai joined the world of Wordle Twitter by announcing her own score on January 25th’s word of the day.

She showed her speedy solving skills to followers, having worked out the word in just two attempts.

I crocheted a Wordle 😂😂😂😂 pic.twitter.com/DQOpzRTQsV

April Fiet shared a picture of her adorable Wordle-themed crochet character and gained thousands of likes on Twitter from Wordle fans across the globe.

Worldle is even making its way into classrooms.

Teacher, Christina Nosek created her own Wordle game to engage her pupils, out of laminated paper.

I found a good use for the laminator. The 5th graders are beyond excited! #wordle pic.twitter.com/9ls8lPJSoz

The game is continuing to grow in popularity and #Wordle can currently be found in the trending category of Twitter.

Whether you’re a player or just an observer, these tweets have certainly provided plenty of people with a laugh or two this gloomy January.