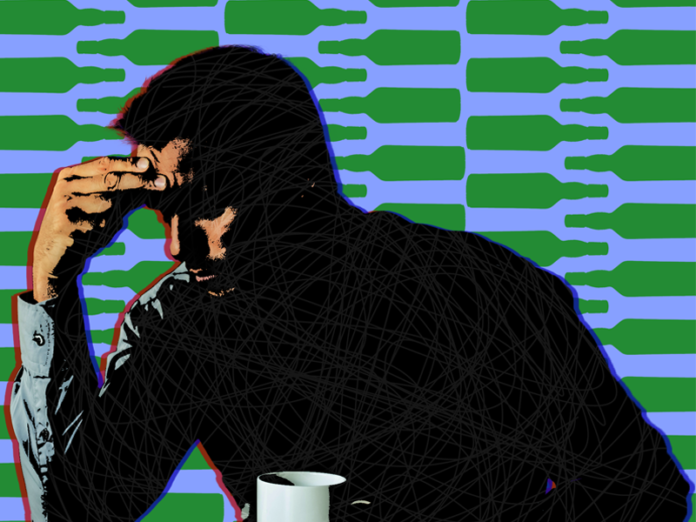 Giving up drinking for Dry January restores your health and can plug up a big leak in your wallet, but in Britain where there’s a whole culture around drinking, going cold turkey is easier said than done.

The new year is prime real estate for ‘New You’ notions to go around as it’s a time for self reflection on the past 12 months and what you can do better in the next 12.

One in six people are reported to have made new years resolutions this year with ‘improving my health’ being top of the list.

Giving up alcohol for a month is a great way to make a head start on this that comes with tangible progress much quicker than other methods of upping your health game.

But as the cliché goes the January gym goers often fall off the wagon quickly, and it’s no different with Dry January.

For example, one Reddit user on the r/Nottingham subreddit, Emmylou18, said that apart from “a glass of Buck’s Fizz on New Years Day” he’s been trying to abstain but has been ‘flagging’ a bit

“I swapped it for another bad habit though – Diet Coke consumption has gone way up.”

Another user, Mufuzlo, said: “I did it for the last four years, this year? nah…

“The last four years were more structured. The latter half of last year and the beginning of this year have just been messy after Covid and the economy.”

Aggroman33 said: I started dry January with good intentions and it was going well until I went to an engagement party on Saturday.

However, it’s never too late to start self-improvement, and if you have managed to keep it up then you will already be seeing the results.

Only three weeks in to Dry January and your health will have already markedly improved.

You may not have noticed but your sleeping patterns will have improved, you’ll have had more energy, more hydrated, your skin will have started to look better and your liver function will be recovering.

But it’s not easy keeping it up. January is very much still in the throws of gloomy winter and with it the winter blues.

And what’s easier than reaching for a glass of wine or pint of beer to lift your mood a little bit?

A quick trip to the pub or a quick glass in front on the TV feels natural to wind the week down.

Or maybe you’ll be imbibing a bit more to wind the weekend up.

But who says you need alcohol to have fun in Notts.

Whilst one of the big draws to our city is the wide breadth of unique bars, there’s plenty to do otherwise.

Café Sobar specialises in this precisely in fact.

Opened in 2013, this alcohol free bar and restaurant is run by Double Impact charity and offers up a great range of food and drink such as the mock-arita, and the weekly ‘Vegan Big Cake’.

They also host comedy nights with sober comedians like their upcoming one with Pope Lonergan.

Jason Loftus, speaking for Cafe Sobar, said: “Our direct experience and feed-back from our events at Sobar we find that sober nights out are more of a positive experience overall.

“Our customers enjoy the less volatile environment, the financial benefits of not buying expensive alcoholic drinks and more importantly being able to remember a great night out!

“Our ‘Hi Sobriety’ comedy night feature acts who are in recovery from substance misuse from all over the U.K. They bare all about the highs, pun intended, and lows of drug use and recovery from in a way only someone who has ‘been there, done that and got the T-shirt’ only can.”

Will you be continuing Dry January, or is one month enough torture?