Nottingham’s theatre scene is a force to be reckoned with. Whether it is the long-standing theatres of Nottingham, or the independents, there are many shows on offer for all lovers of theatre, and for all ages. Here is the essential guide you need for the first half of theatre showing across the city in 2022. 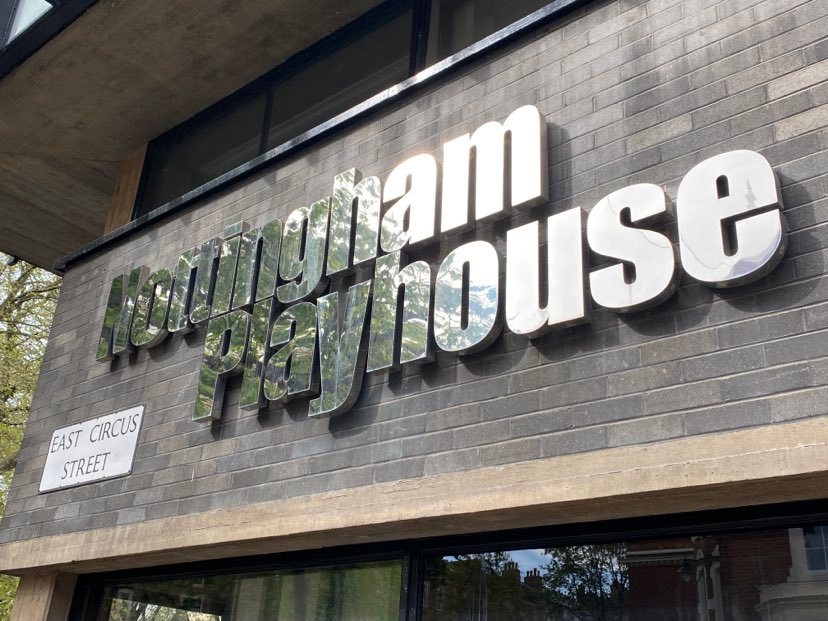 Michael Morpugo’s novel comes to life at Nottingham Playhouse this February. Brothers Tommo and Charlie Peaceful are dealing with their tough life in their rural surroundings, as well as the death of their father and financial hardship. As war hits, we see an 18-year-old Tommo Peaceful deal with a life in the trenches, but in a battle of his courage throughout war.

Stewart Lee is back by popular demand after a sell-out tour in Spring 2020. Regarded as “the world’s greatest living stand-up”, according to The Times. Audiences will view a double bill of 60 minute sets, alongside new content for 2022.

The first half of the show entitled “Snowflake” will focus heavily on the two years of the show that looks at the Covid era alongside Brexit.

The second half of the show “Tornado” looks at Stewarts comedy position after his Netflix show was stated as ““reports of sharks falling from the skies are on the rise again. Nobody on the Eastern Seaboard is safe.”

The story of revolutionary and Labour MP Ellen Wilkinson is retold in this new theatre show for Nottingham Playhouse audiences. Writer Caroline Bird retells her inspiring story of a women who was always on the right side of history, fighting for what she believed in for the benefit of others.

Tickets: Pay what you can

Motionhouse performs “Nobody” for audiences, which explores the tension between our inner-selves, and how we individually make sense of the world. The companies dance-circus style will wow visitors with twists and turns, through this emotional dance journey.

This performance tells the stories of seven characters as they discover themselves. It is a show that resonates with the present day.

Over 45 years ago, Jinkx Monsoon and Major Scales first set foot on stage together, however since they have parted ways. Now, they are finally reuniting on the Playhouse stage for their final reunion.

Based on the novel The Parent Trap by Erich Kästner, the musical premiere makes its way to Nottingham Playhouse. After being separated at birth, these twin girls are reunited (or introduced to each other) at summer camp when they are 10 years old.

Award winning director Sir Trevor Nunn is accompanied by George Stiles and Anthony Drewe who provide music and lyrics for the show in this international smash hit.

Although last year Covid forced the theatre to shut down for some time, they are back bigger than ever with a varied range of shows on offer for audiences to enjoy over the next six months.

A spokesperson for the Theatre said: “Whilst we are proud to have been able to bring our usual programme of high quality, nationally significant and diverse events to Nottingham over the winter months, it is undeniable that we are still operating in an extremely challenging and uncertain environment.

“We remain cautiously optimistic for 2022, as we anticipate audience numbers will continue to rebuild towards pre-pandemic levels as the impact of Covid lessens and society as a whole can return to a more normal day-to-day way of life.

The C.S. Lewis classic is retold in this new Theatre Royal production, starring former EastEnders star Samantha Womack. Audiences can step through the wardrobe into the enchanting Narnia. Siblings Lucy, Edmund, Susan and Peter say goodbye to their home during Britain in a time of war, to embark on a magical adventure.

Samantha Womack, who plays the evil White Witch said: “‘Having been a huge fan of C S Lewis’ The Lion, the Witch and the Wardrobe for as long as I can remember, I am thrilled to be playing The White Witch.

“I can’t wait to seduce, plot and terrify Narnia into a permanent winter.”

Joining Samantha in the cast alongside Ammar Duffus as Peter, Shaka Kalokoh as Edmund, Robyn Sinclair as Susan, Karise Yansen, Chris Jared as Aslan and many more.

She brought everyone joy with her music from her kitchen to yours during the tough months of the pandemic. Now, at the Theatre Royal this March, Sophie Ellis-Bextor performs her music on stage to take it from the virtual world to the real world.

Her original weekly Instagram livestreams brought together the two premises of her life, which is as a performer and mother. Audiences will be able to enjoy some well-known classics including “My favourite things”, featured in the Sound of Music, “Our House” by Madness and many more tracks guaranteed to get you up and dancing.

A musical that is considered one of the most popular and successful of all time, everyone’s favourite “Mamma Mia” returns to the Royal Concert Hall this April. Sail away to a Greek Island paradise in this story of friendship, love, and discovery, accompanied by the hits of the great ABBA.

Audiences of Nottingham will be able to relive this world famous musical and sing along to the ABBA hits, loved by all generations.

Fans of everyone’s favourite Saturday night ballroom dancing show Strictly Come Dancing will once again be star dazzled, but this time face to face as the professionals dance their way on to the Theatre Royal stage.

June – A murder is announced 31st May until 4th June

The Middle Ground Theatre company presents A Murder is Announced, a classic story by the great Agatha Christie. The locals of Chipping Cleghorn come across an advert in the local paper regarding a murder that will supposedly take place the Friday coming up at the Little Paddocks, the home of Letitia Blacklock.

John is a failed playwright, however he believes his career was doomed as a result of the work of drama critic Arthur “Agatha” Christie. As revenge, he comes up with a plan to trap Mr Christie that involves his wife and his partner who have secretly been having an affair. This drama is full of twists and turns that will leave the audience on the edge of their seats.

The Bonington Theatre and Cinema

Not only are their the major theatres here in Nottingham to enjoy some of this years shows, but there is also the independent theatres on the outskirts of the city centre. The Bonington Theatre and Cinema in Arnold is a independent theatre that provides entertainment to audiences from all around.

“It was heartening to see such a successful run for the Bonington Players, who performed The Lady Vanishes in October for four nights, with attendance figures better than ever!

“We’re confident though, that with the Spring and Summer months now ahead of us, we’re likely to see solid attendance figures for the upcoming live shows that form an integral part of our programme.

“We look forward to welcoming audiences back, whenever they’re ready.”

Here is a look at what the theatre has in store for audiences in the months ahead.

Copper Studios presents their version of Jonathan Larson’s most famous musical RENT! This rock opera will showcase a year in the life of a struggling group of friends as they battle with their lives whilst living in the big apple. Through their love and loss, audiences will witness this emotional story, highlighting the realities of HIV/AIDS.

May – Blind Eye Productions: The Three Musketeers – 11th until 14th May

This timeless classic is retold by Blind Eye Productions at the Bonington Theatre this May. In this tale of heroism, treachery and honour, Nottingham audiences will enjoy this fast paced retelling of Alexandre Duma’s classic tale.

The Voice of Vision Community Project brings “Echoes of the Front Room” to audiences of the Bonington Theatre this June. This drama is based on the migration experience of the West Indian community, and this production highlights the changes and transformation of the Caribbean culture.

Audiences will experience the lives of members of this society, and how a different culture lives.

Located in George Street, NG1 3BE, the Nottingham Arts Theatre is based in the former George Street Particular Baptist Church building and is another independent theatre in the city audiences can enjoy bespoke theatre productions.

Here are productions audiences can enjoy over the next few months.

In a future dystopian world, water is in short supply and the luxury of something as simple as a toilet is in not in reach. To use a public toilet, people must pay and if they are caught not paying, then they will be sent to Urinetown!

This humorous satire show will leave audiences laughing for hours.

Experience the classic hits of Freddie Mercury and Queen in this internationally critically acclaimed show at the New Art Theatre this March. The show is made up of some of the best musicians in the UK, and Ian who portrays Freddie replicates the looks, the vocals, and mannerisms of the legend himself.

Travel back to fun fairs in the 1970s. Whether it is to go on the dodgem cars or get some candy floss, experience it in this production this May! Levi Lee, a recently widowed proprietor is struggling to keep his fair stable. Audiences will be shown his story as he battles to keep his fair alive.

Whatever theatre you decide to visit, you now know there are many different shows for all ages to enjoy at Nottingham theatres for this first half of the year.