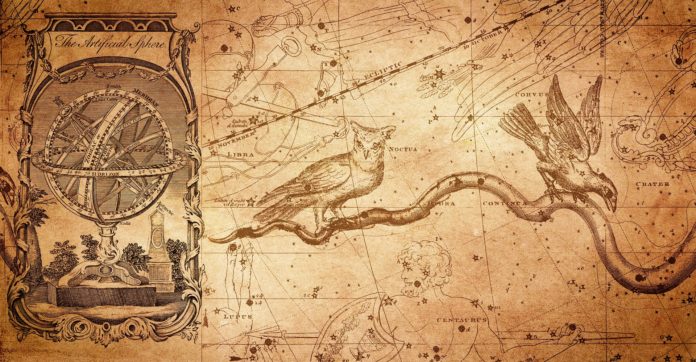 Social media platforms such as TikTok and Instagram have recently rediscovered a new craze surrounding star signs, the prediction of our futures and the determination of our personalities.

There is a debate between believers and scientists around the truth of the phenomena and how much proof is behind star signs, but many believe that you do not necessarily have to be able to see it to know it’s there.

Elizabeth Rose Psychics is a family run business in Nottingham with 21 years of experience, they are a sister company to Moon Predictions and their aim is to offer guidance and support.

Elizabeth Rose’s daughter, Sue Rose, said: “Psychic readings have been around for thousands of years however they have evolved to the present day.

“Most of our readings are now spiritual guiding and healing, giving guidance by using tools such as astrology, to help advise the customer at the right time to make a decision.”

It is suggested that many clients go for a reading when they have a feeling of uncertainty and anxiousness about the future.

The belief behind star signs and other types of readings give them a sense of reassurance and control about themselves.

Sue Rose gave an example of why one of their readers came to them for a reading: “Just an example, one of our readers wouldn’t commence employment with us until it was a New Moon.

“This is not unusual for a client to come to us with uncertainty about career, the most common reasoning for a reading is for career and relationship advice.”

Many people believe that zodiac signs can now predict how well people are suited for each other and determine the characteristics of an individuals personality.

People born between March 21 and April 19 are an Aries zodiac sign, and it is believed that they are bold, ambitious and will ensure that they come out on top.

If you’re a Taurus it is believed you enjoy relaxing and enjoying being in soothing environments.

“We know we have helped many people over the years”

Sue Rose also spoke about the accuracy in the usage of star signs: “If you are using their full birth chart, it can be surprising how much you can find out about a person.

“We do believe that how the planets are aligned have an impact and influence on us.

“Like a religion, it is a belief, not everyone believes in it, so we have come across scepticism over the years from a difference of opinion but not on a major scale.

It’s about respecting each other’s beliefs, we know we have helped many people over the years.”

Meghan Gray, astrology professor at University of Nottingham, said: “I’m afraid there is simply no science behind the use of star signs to predict the future.”

Many like Meghan suggest that something cannot be true without any scientific sense of it and instead is a case of belief and faith somewhat like religion.

Edward Breeds, Principal Lecturer of Physics at Nottingham Trent University, said: “As a practicing physicist, I think it is unlikely that an individual’s star sign will allow for robust and reliable predictions about the future, in a purely astrophysical sense.

“As an academic, putting physics aside, I may suggest that the simple act of engaging with astrology may introduce confirmation bias and enhanced confidence to “make predictions come true”, thus actually influencing the future.

“The Earth wobbles and adjusts upon its axis, albeit on a far longer time scale than that of a human lifespan, meaning that the relative positioning of the stars and moon in the sky change over time for some astrological systems.”

It is up for debate that the future should be something to predict, Edward Breeds said: “To predict a single person’s, or group of people’s, future, accurately, would introduce a massive disparity and unfairness in our society.

“To do this for the entire population – and thus avoid this ethical trap – would turn our beautiful, organic existence (while flawed) into the mere ticking of a phenomenally large clock.”

It is clear that star signs are a notable trend right now. The question surrounding whether they are fact or fiction is something that will continue to surround the thoughts and beliefs…