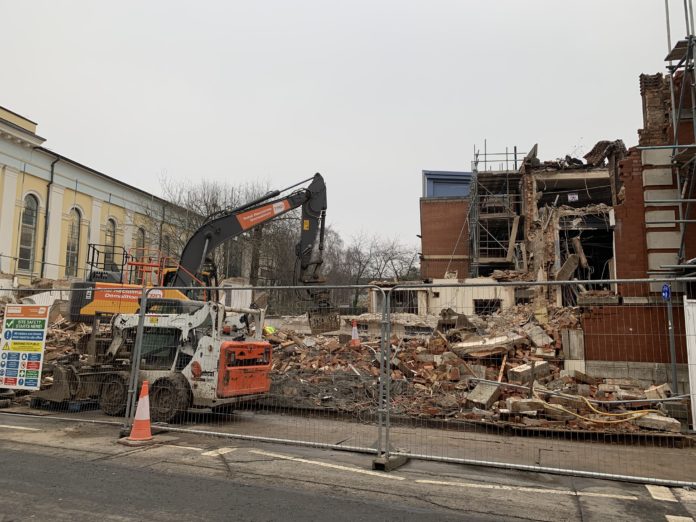 Demolition work is under way on a Nottingham city centre building set to be replaced with a nine-storey NTU Art and Design building. 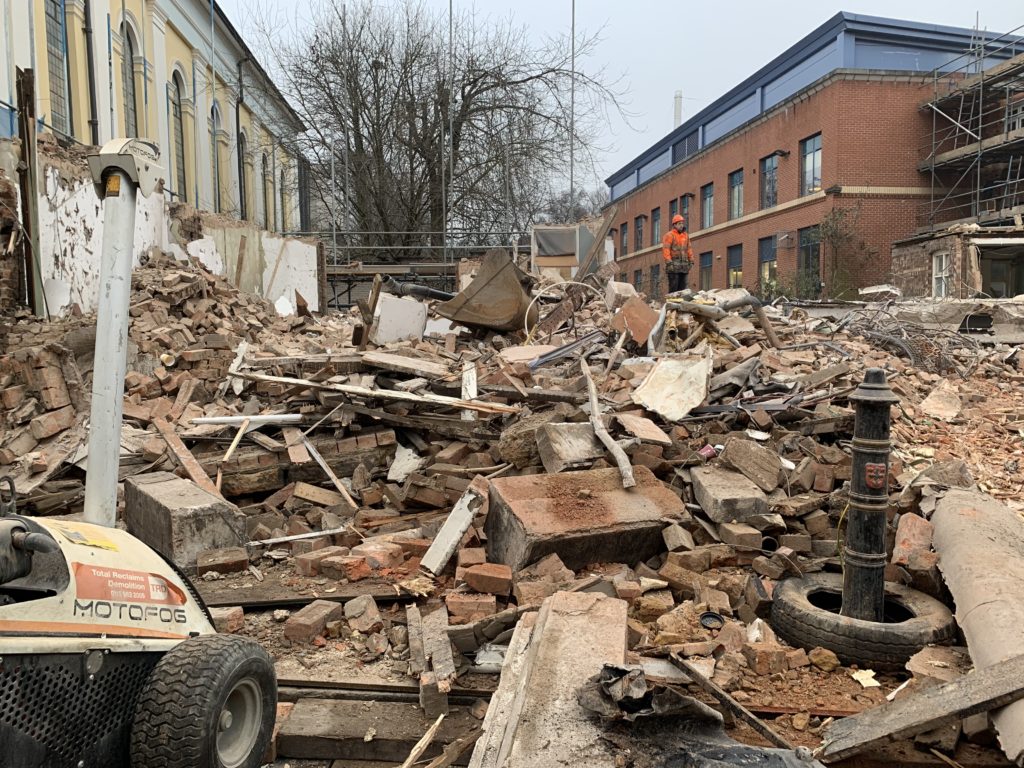 The new £35 million development will replace the former YWCA building on the corner of Shakespeare Street and North Sherwood Street.

The nine-storey building will be the home for Nottingham School of Art & Design at Nottingham Trent University. 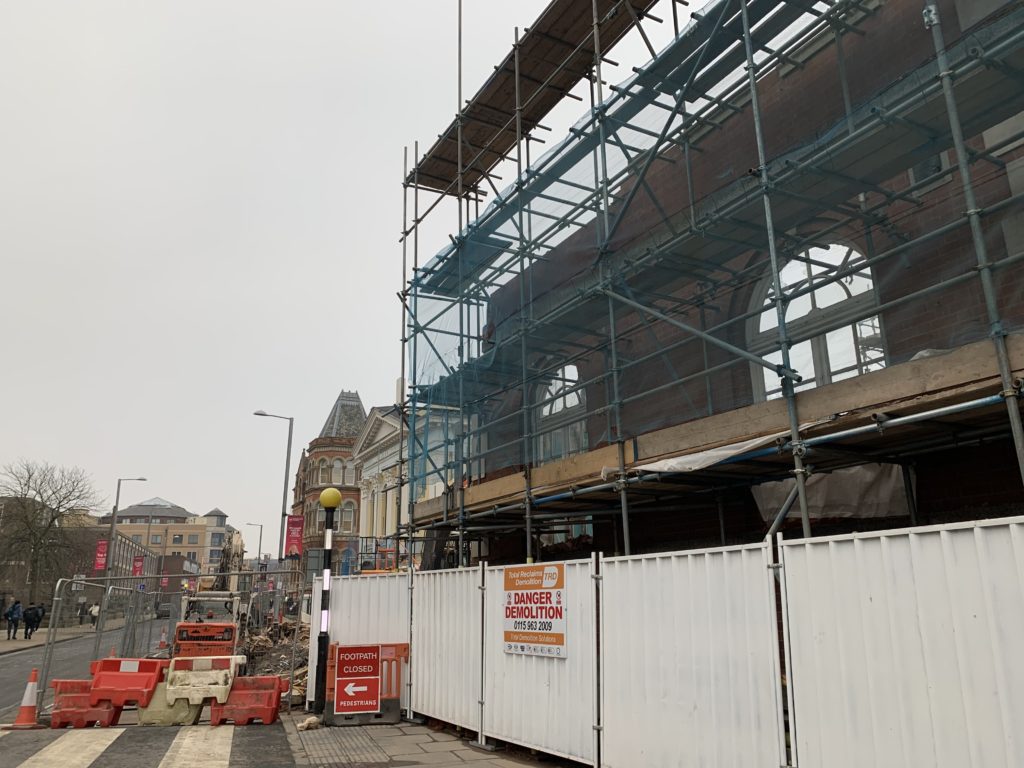 Plans were given the go-ahead in mid October after being granted planning permission despite numerous strong objections.

A lane closure, now in place in Shakespeare Street, where the work is taking place, and at its junction with South Sherwood Street until Monday, is set to be opened up later today. 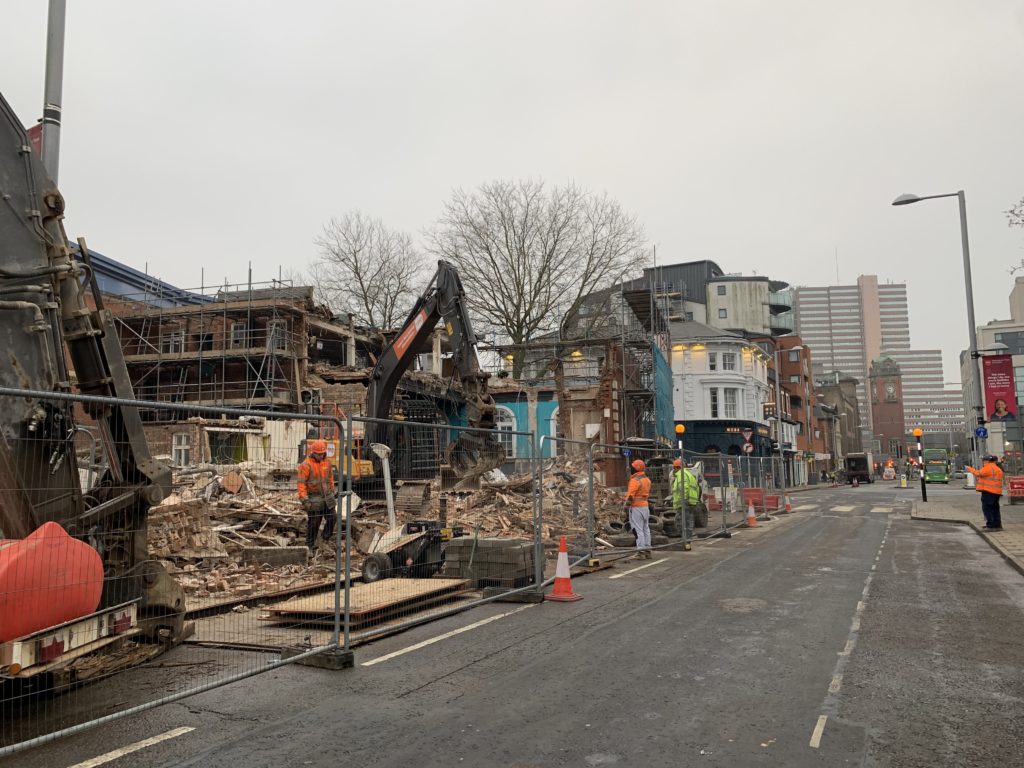 Professor Edward Peck, Vice-Chancellor of Nottingham Trent University, said: “This building will enable the Nottingham School of Art & Design to become the leading art and design school in the UK, positioning us at the heart of one of the UK’s most innovative cities, creating the best talent in one of the fastest growing sectors in the UK economy. 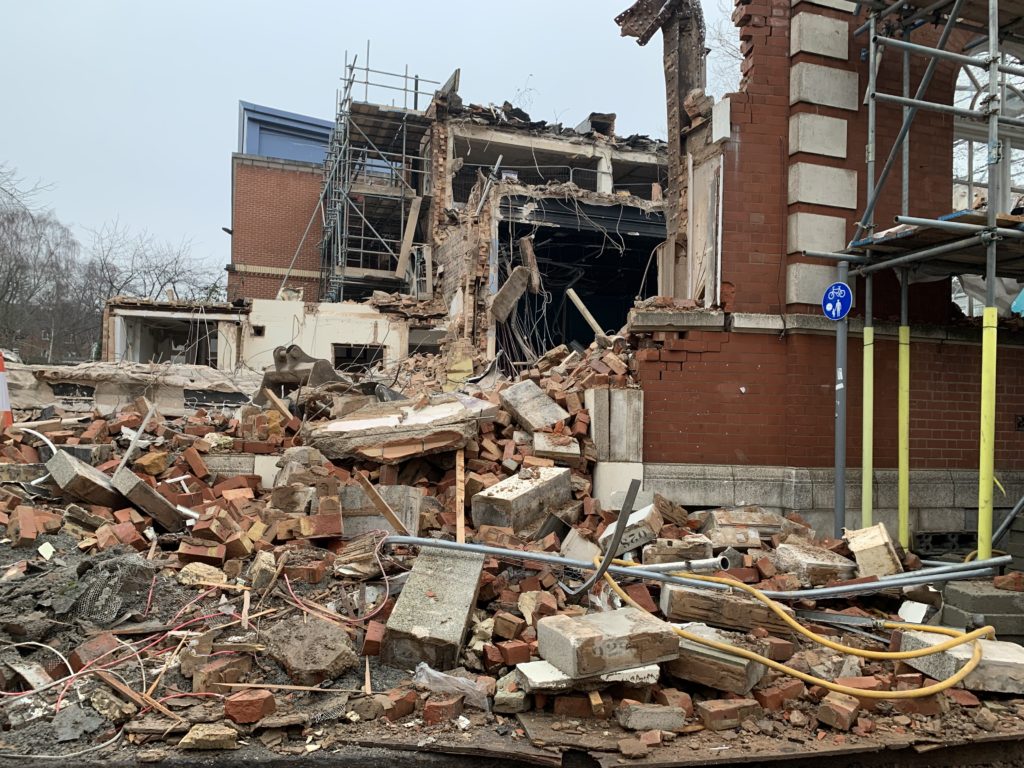