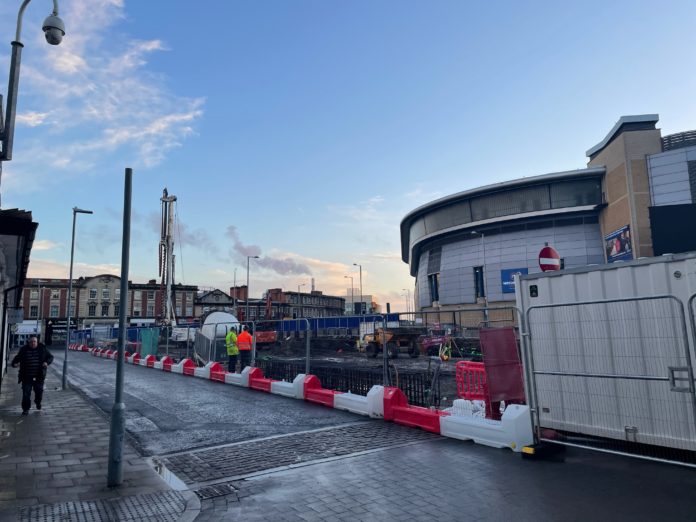 The owner of a business which could be replaced by student accommodation says he “doesn’t really know what’s going on” as construction work begins.

It comes after concerns were raised by a Nottingham MP that the scheme would impact the “cultural and historical significance” of the nearby area, based at the popular Sneinton Market.

Described as “Nottingham’s newest place to be,” the market is a place to eat, drink, shop, socialise and create.

The part-redevelopment of the Exchange Building began construction on Monday, November 29, 15 months after the 85-bed project was approved by planners.

Murat Food Centre in Sneinton Market is supposed to be built on as part of the plans, but its owner said he does not know what’s happening with the project.

“We don’t know much about it”

He said: “We don’t know much about it.

“I don’t really know what’s going on, I’m the owner of the company, I don’t own the building.”

Nadia Whittome, Labour MP for Nottingham East, previously said she is not impressed with the change and urged Nottingham City Council’s director of planning to reject the application last year.

She said: “Sneinton Market is an iconic hub of creatives and independents that has immense cultural and historical significance in our community.”

Sneinton Market is an iconic hub of creatives and independents that has immense cultural and historical significance in our community.

A petition calling for the plans to stop last year gathered almost 5,200 signatures, with organisers saying the project would give Sneinton Market traders an “uncertain future”.

However, despite the petition and Ms Whittome’s calls, the plans to add a further 85 flats were approved in September 2020.

People criticised the plans on social media and urged the council to protect the city’s “cultural heritage”.
Commenting on Twitter, @gothbotherer said: “The only housebuilding work that seems to be going on is student property. Every student property built is another property that earns no council tax. The city is well over saturated with it, just another fleecing opportunity for private landlords.”
@scollishaw said: “Save these buildings which are part of Nottingham’s cultural heritage.”
Accommodation provider iQ previously said the plans would regenerate the area, connecting to the existing 362-bed project.
The company added the new project will create “a more interactive street environment and greater safety and security through increased passive surveillance”.
CBJ Target approached iQ for a comment on Saturday, December 4, but the company did not respond to the request.