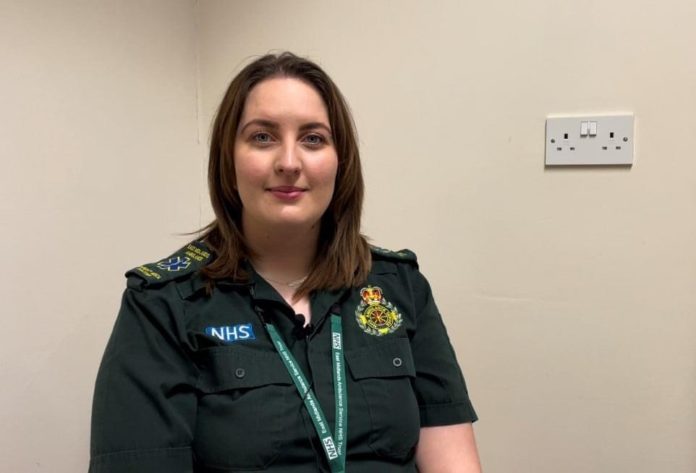 Lauren Way, a former hairdresser from Lincoln, recently joined the calling service after a friend recommended the role to her. She has now been working as a 999 call handler for the last six months and has thrown herself into every aspect of the role.Lauren said: “I would watch a lot of the ‘ambulance’ style shows on tv but I never really thought about joining the service until my friend mentioned they had a job with EMAS.

In recent times, 999 call handlers have seen the busiest periods ever over the past six months, receiving a similar amount of calls to the New Year period.

Despite being only a few months into her new role,  this is a challenge she has grabbed with both hands, saying: “Being real and honest, it is a hard job and you do have challenging times but it really is so worth it. One week you can be dealing with cardiac arrests and saving someone’s life every shift when the following week you can be bringing a baby into the world.“To know you have helped someone, given them more time with their family or brought a new life into the world is such an amazing feeling.“That’s why I would encourage anyone who is thinking about joining to take that leap. I can honestly say in six months I have not looked back and I am enjoying every moment of it. The whole green family is so supportive and I am grateful to have my colleagues by my side.”

East Midlands Ambulance Service are always looking for 999 call handlers to Join the team, helping to support patients across the East Midlands.

if you would like a career change and to help people every single day, call handler opportunities open on their careers website for the NHS.