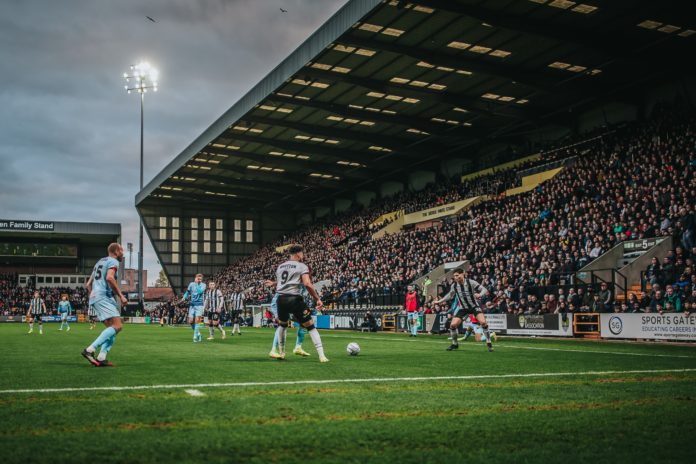 Notts County have a welcome weekend off after their league match against Chesterfield was postponed.

Chesterfield will take on Salford City in the FA Cup, meaning Notts will play Chesterfield on the 21st December

The Magpies suffered a late defeat on the 16th November in the FA Cup Replay against Rochdale at home after the Dale’s Jake Beesly scored the winner in the final minutes of regular time.

A game for Notts that opened with chances for the home side was cancelled out early on with a goal from the visitors.

The inspired substitution of Cal Roberts just before the hour paid dividends immediately with his dribble and pass to Adam Chicksen turned into his own net by Rochdale defender Aidy White.

Notts are fifth in the National League with their next game at home against Southend United on the 11th December.