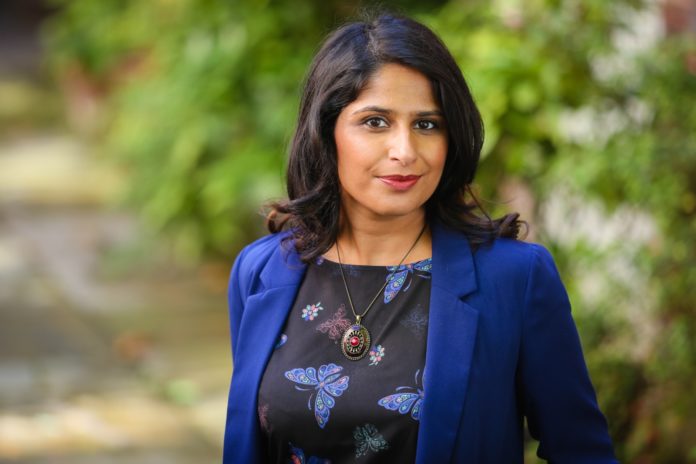 City literary leaders have come together to thank Sandeep Mahal after she announced her departure from Nottingham UNESCO City of Literature following five years in charge.

Ms Mahal oversaw Nottingham’s growth as a place for creativity and a celebration of literature.

She chaired the international network of UNESCO Cities of Literature, hosting the annual conference in 2019, as she helped Nottingham onto the global stage.

On her departure, Ms Mahal said it will be a “wrench” to leave but thanks the organisation for making her time in Nottingham a “rich and memorable experience.”

She said: “I have had the time of my life building Nottingham as a UNESCO City of Literature.

“It’s an organisation I love dearly and its creative work, its values, it’s people I cherish.

“I have been so lucky to work with so many incredible writers, organisations and individuals and feel immensely proud of all the amazing achievements that NUCoL have made in building a better world with words.”

She added: “It will be a wrench to leave, but I feel that having delivered the strategy I set out when I joined, this is the right time for someone else to take NUCoL forward to the next stage.

“I know that I leave NUCoL in great shape and look forward to seeing the organisation evolve under new strategic and creative leadership.

“Huge thanks and admiration go to my remarkable team, my international colleagues from the UNESCO Cities of Literature, and our founding partners: Arts Council England, Nottingham City Council, Nottingham Trent University, and the University of Nottingham.

“Thank you for making my time in Nottingham such a rich and memorable experience.”

During Mahal’s time in charge, thousands of young people have been encouraged to pick up creative writing and reading.

She set up a new cohort of 20 Young City of Literature Ambassadors, as well as boosting Nottingham’s creative communities with national and international partnerships.

Nigel Hawkins, head of culture and libraries at Nottingham City Council, said: “Sandeep has worked tirelessly to turn what at the beginning of her appointment was just a fledgling arts organisation into an important cultural provider for the City.

“The City is sorry to see her go but wishes her all the best in her future. She does leave a strong organisation thanks to her leadership which is now ready to move into its ‘next chapter.”

Barbara Matthews, Executive Dean for Culture at Nottingham Trent University, said the city had been “lucky” to have had Sandeep inspiring the celebration of literature in Nottingham.

Professor Jeremy Gregory, Pro-Vice-Chancellor, Faculty of Arts added: “Working with Sandeep for the last five years has been a huge pleasure and privilege and it has been exciting to see how she has made Literature central to the city’s identity.

“Colleagues and students in the University have benefited enormously from Sandeep’s expertise and have admired her expansive and inclusive understanding of literature.”

He continued: “Personally, a standout memory is Sandeep’s hosting of the UNESCO Cities of Literature network.

“In that moment she made Nottingham the centre of literature worldwide. We wish her all the best in the next stage of her career.”