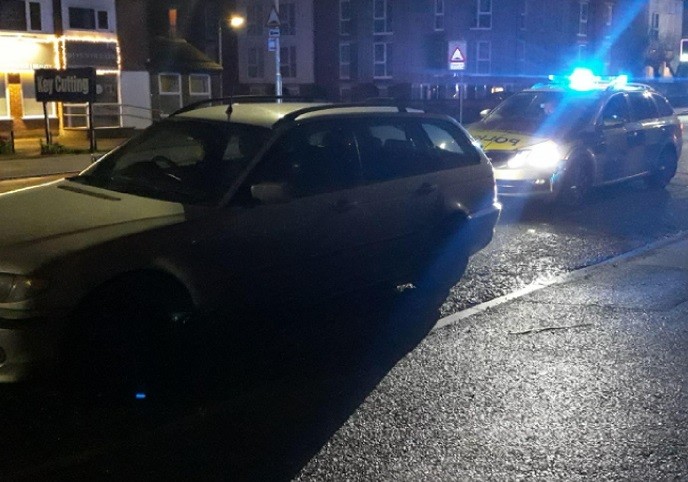 Three men have been arrested after police stopped a suspicious car, upon which they discovered almost £1,500 worth of clothes that are believed to be stolen.

Officers pulled over a BMW 3 series just after 1.30am yesterday (1 December) after having reason to believe the driver was uninsured.

The three occupants – two aged 65 and the other aged 61 – were then arrested after a large bin bag containing clothes were found in the rear of the car alongside two Stanley knives and tag removers.

Background checks suggested the clothes had been taken from several retailers in Nottinghamshire, Leicestershire and Staffordshire including Next, Sports Direct, JD Sport, TK Maxx and River Island.

All three men were arrested on suspicion of theft, going equipped to steal, possession of a bladed article and taking a vehicle without consent. They currently remain in custody for further questioning.

Sergeant Janine Barnes, of Nottinghamshire Police, said “This was a good piece of policing and observation by the officers.

“We understand the impact shop thefts can have on retailers which is why we will always look to took action against those who commit such crimes.”

“We are now working closely with retail partners to recover CCTV footage, obtain statements and gather further evidence to progress the investigation.”

If you see any suspicious activity occurring, please call the Nottinghamshire Police on 101, or if it is serious, dial 999.