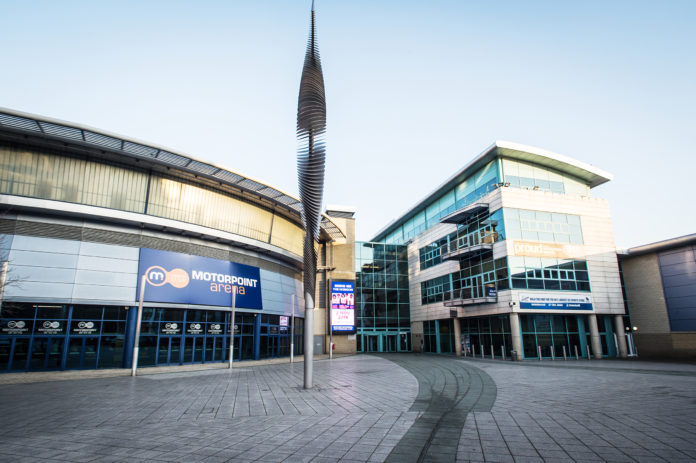 Nottingham Motorpoint Arena is set to host a series decider after the Vitality Roses first test win against Jamaica.

Copper Box Arena hosted the first of a three-Test series against Jamaica with a 55-45 victory, England had previously lost four out of the last five.

The Roses scored 16 points in a strong third quarter from Jess Thirlby’s team after trailing at half time 26-25 to take command of the game.

The entrance of Eleanor Cardwell shifted England’s attack by winning player of the match scoring 20 of her 22 attempts.

Head Coach Jess Thirlby believes her team still have a lot more to offer in the second and third tests against Jamaica.

“Jamaica did ask us questions of us, but I thought that we did a lot of it [the damage] to ourselves. We closed space in attack, we didn’t open space particularly well, and it just took us a little while to find our feet.

“To have to do that [find your flow] while playing against world-class opposition is difficult. Jamaica don’t ever let you win easily, so to come away with a 10-goal victory when we know that we haven’t really hit our straps, is pretty impressive.”

This win for the roses followed a previous series win against defending Netball World Cup Champions New Zealand in September.

The second and third test are scheduled to be played on 4th December and 5th.

The Roses hope to win the series as they look forward to next year’s Commonwealth Games in Birmingham.

Game Two and Three on Sky Sports Arena and Mix at 3.45pm on December 4th and 5th.