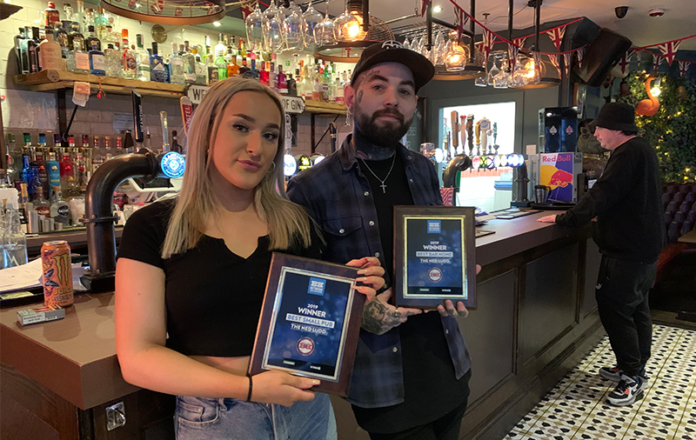 December should be a time for revelry. However, in light of recent events in terms of public safety, it is more important than ever to stay safe this festive season.

It should be a time for joy and celebration as you come together with friends and family for the holidays as it is the most wonderful time of the year.

After the tough year we’ve all had, you may want to come together with those you love and hit the town, but you may be feeling uneasy about going out because of the recent reports of spiking that are occurring in the news far too regularly up and down the country.

Fear should be no reason to miss out on the celebrated Nottingham nightlife, and thankfully there are plenty of initiatives and fail safes in place to keep you safe when you’re painting the snow-white town red this Christmas.

Before any night out, you’re going to want to plan where you are going.

This is a good idea for a multitude of reasons: you can avoid long lines, extortionate ticket prices etcetera, but most importantly for safety reasons.

When deciding where to go, the ‘Best Bar None’ scheme is a good tool to help remain safe.

Started by Nottingham BID in 2010, the Best Bar None Scheme accredits and incentivises businesses to go above and beyond to make their venues as safe and enjoyable as possible for their customers, and Nottingham now has a record number of accredited venues.

The decisions for the winners of 2021 are still being decided, but the 2019 winners included Stealth on Goldsmith street as the best club, Alto in the Cornerhouse as the best large bar, Icon Bar and Lounge on St James Street as the best small bar, and Annie’s Burger Shack on Broadway in the Lace Market as best restaurant.

In addition, The Ned Ludd on Friar Lane was crowned overall winner of 2019, and the New Forresters have been recognised with a Special Achievement Award for consistently maintaining high standards of safety.

Mark Cheeseman, who works at The Ned Ludd, overall winner of the Best Bar None 2019, said: “The idea of going out is to have fun whilst going out. You don’t need to feel threatened when you do.

“We also gave all Police and Ambulance services free drinks and coffee. We have a spare change box on the bar to help various charities, and we try to help other venues in Nottingham when we can.”

“We just want people to feel safe at all times.”

A Director of the Nottingham BID, Richard Johal, Said: “Not only does it acknowledge all the efforts and hard work that they put in to achieving high standards of operation, but it also conveys a positive message that Nottingham is a safe and vibrant place for a night out, encouraging more people to visit.

“Having 116 venues participate in the scheme last time is a clear demonstration that more venues than ever are committed to Best Bar None.”

The list of accredited venues can be found here.

So, now you’re out at club throwing some shapes, or perhaps you’re at a restaurant with some friends, it’s likely you’re going to be drinking.

There are ways to offset, regulate, and minimise the risk that comes with the effects of excessive drinking however.

There are plenty of apps that can track how much you’re taking in, and almost all venues will happily give you free water to take intermittently with your wine, beer, and fireball shots too.

Not only does the drinking of water between drinks keep you in control on the night, it also helps prevent hangovers the next day, so you’re not just doing yourself a favour, but your future self too.

But what if you’re feeling like you’ve had a bit too much, or you’re just generally feeling unsafe or unsure of what’s going on or where your friends are?

The Student Union, plus their affiliates including Unit 13, Stealth, Ocean, and Rock City, have also put measures in place to ensure partygoer’s safety is protected at all times.

This includes body cams and medical training for staff, free anti spiking bottle toppers and lids with straws for drinks, increased security checks and searching procedures on the doors, and widespread use of the ‘Ask for Angela’ scheme wherein all you need to do is ask for your friend Angela, and staff will know you need help.

Likewise, once your out of the club and looking to get home safe, the Safe Taxi Scheme means you can call Nottingham Cars on 01159 700 700 and request to use the Student Emergency Fare to get your fare temporarily covered by the Student Union in case you’ve lost your cash.

Zoe Mallett, VP of Community and Welfare at Nottingham Trent Student Union, Said: “We wanted to make all students aware of the safety protocols in place to help them.

“From the moment you decide to go out you’ve got to make sure you’ll be safe.

“There’s also support for the next day as well if something happened, to make sure you know that you’re not alone, there is someone there.

We also have a safe place at Boots Library where you can go for whatever reason where there will be water, food, warmth, and security supporting you if you feel unsafe.”

There are plenty of reasons to go out and celebrate this season, and now you know how to stay safe when you’ve had one glass of Baileys too many.