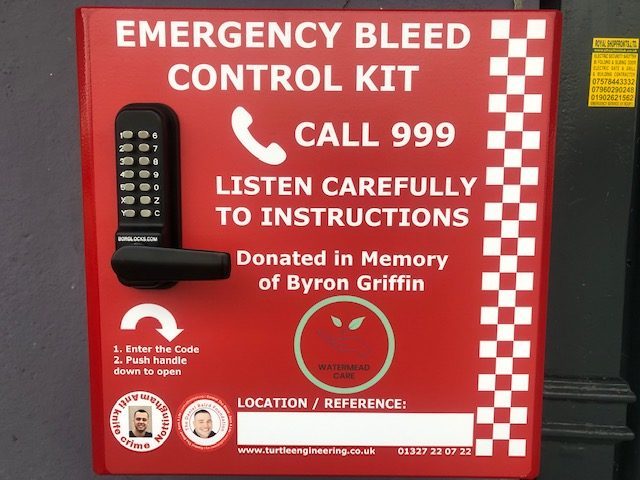 Amari’s Universe gym in the Clifton area of Nottingham has installed its first bleed kit cabinet.

Someone can bleed from a traumatic injury in just five minutes and a bleed control kit cabinet can be used to treat someone having cardiac arrest or catastrophic bleeding.

The gym was made in honour of Amari Hamilton-Kennerdale who died in 2020 from a massive blood clot.

The majority of the community has responded positively to the kit being installed outside the gym, but stigma around the kits means some people need to be educated on them, said the business partners.

Amari’s Universe was planning to buy one, but was offered this one after a local business landlord disapproved of the cabinet.

In return, the gym owners will be buying and donating one to another local business.

Each cabinet includes emergency medical supplies as found in an ambulance, such as a blood clotting dressing, a chest seal, a tourniquet and a fully automated defibrillator. 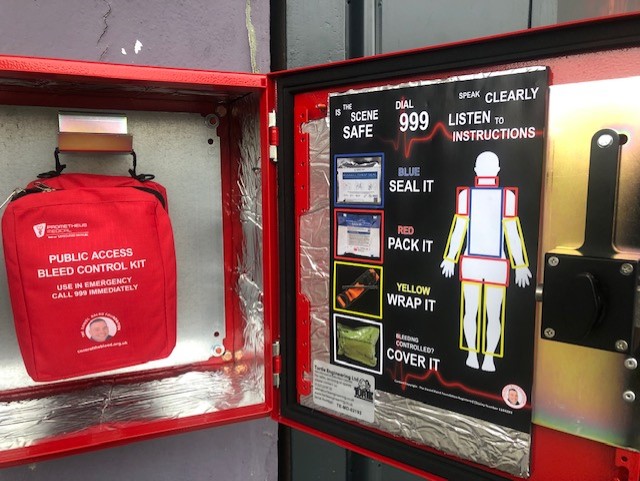 Hundreds of bleed kits have been distributed across the UK by the Daniel Baird Foundation, which was created by Lynne Baird whose son was fatally stabbed in 2017 and died of catastrophic bleeding.

The kits are accessible day and night, the cabinets open by a code provided by the emergency services.

They were designed and built by Turtle Engineering in partnership with the foundation.

The Daniel Baird Foundation brings awareness to the need for bleed kits and is working towards having them in every town in the UK, as they bridge the gap between the accident and the emergency services arrival.

They need the government’s support and investment to help bring awareness to their foundation’s mission as each kit costs £1,500, plus VAT.

Foundation creator Lynne Baird said: “The bleed kits provide that vital few minutes when the ambulance are on their way”

In the year ending March 2020, there were around 46,000 offences involving a sharp instrument alone.

The rollout of kits have already been used to save lives across the country.

Public access portable bleeds kits do not require training to use as instructions are attached to the cabinet.

As lockdown has eased, the foundation has received an influx of enquiries regarding the kits.

The foundation is encouraging more venues to hold the medical equipment.