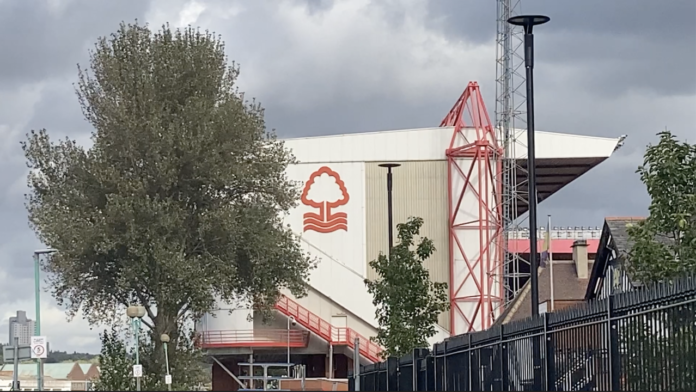 Reds captain Lewis Grabban has revealed his pride at bagging 50 Forest goals and added he’s aware of the pressure to hit the back of the net.

Grabban, who recently turned 33, moved to the club permanently from fellow Championship side AFC Bournemouth in the summer of 2018.

He became the first Nottingham Forest player since 2003 to score 20 goals within a season – and he wants more.

He arrived with a reputation as a goal getter and stated in a recent interview with the club’s programme, he said: “…There was a lot of expectation on me. Everywhere I’ve gone, people have expected me to score goals, that’s normal for me.

“Personally, I just knuckle down and try to settle in as quickly as possible and score as many goals as I can.”

During his three years at the club, he has racked up a total of 133 appearances, the most achieved at one club during his career.

He expressed his pride at that statistic and added: “It’s the first time in my career I’ve been able to hit that number for one club, so I’m really pleased with it.

Sharpshooter Grabban also expressed his appreciation for the city of Nottingham.

Fans on social media are calling on Steve Cooper and the Forest board to offer a new contract to the club captain. His current deal expires in June 2022.