According to a news report by the NHS; one in six children and young people aged between 5-22 living in England are likely to have a mental health disorder compared to one in nine in 2017.

This can be linked to covid which acted as a catalyst; since young people lost their day-to-day socialization whether that be school, going out with friends or working.

Student Akeem Williams, 15 said: “I lost my daily life and felt I had to impress strangers online, I felt like I was putting on an act and this took a toll on my mental health, I was diagnosed with depression 3 weeks into the first lockdown”

Anne Longfield, the Children’s Commissioner for England said: “This dramatic increase in the number of children struggling with mental health problems, worsened by the Covid c 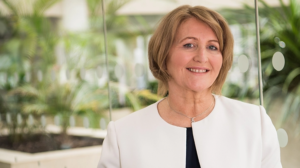 risis, is extremely alarming. It should shock the Government into immediate action to tackle a growing epidemic.”

According to the survey of drug use and mental health between 2008 and 2019, the number of young people that experienced serious psychological distress in the last month increased among most age groups, with the largest increases seen among younger adults aged 18-25 (71%). Notably, rates of serious psychological distress increased by 78% among adults aged 20-21 during the time period.

Unemployment- alcohol, and drugs to cope with the lack of physical social interaction that many face.

young people that use Social media are a lot more likely to be a part of cyberbullying, suicides, and drug use because of the unnecessary pressure a lot of young people place on themselves from watching other people’s lives.

-Linked to ownership of smart devices: because many don’t take break to do physical activities

-Lack of sleep- insomnia as a result of declining sleep duration.

A large amount of young people self-diagnose themselves with different types of mental health issues and don’t seek professional advice to help diagnose them properly so they can get the appropriate help that they might require.

In an aim to end these problems The Oxford Science and Ideas Festival is running an online presentation hosted by Consultant Clinical Psychologist Professor Paul Stallard exploring why some adolescents self-harm and what they can do to help themselves.

The informative online event is free as a part of their contribution to mental health day and takes place on the 13th of October at 6 pm on their website.

With organisations coming together to raise awareness on these evergrowing issues it can be hoped young people may finally be getting the support they need.