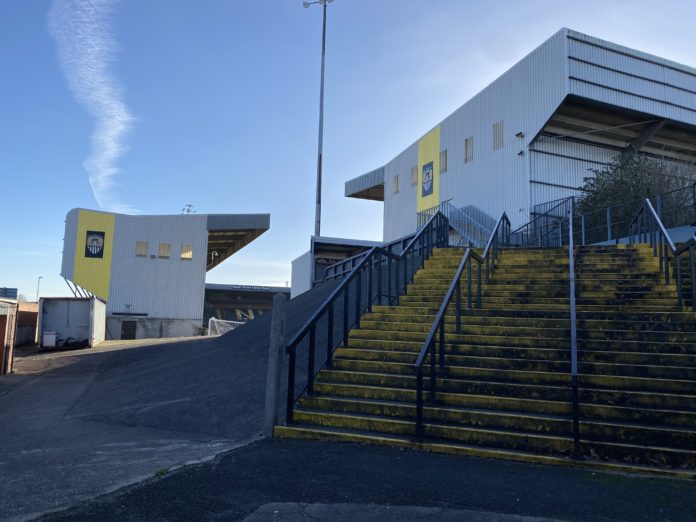 Notts County’s stumbling play-off push was rocked last night after they released a statement that assistant manager Maurice Ross had been sacked.

The club refused to go into any detail on their website but according to reports in the national media, Ross, who has only been at the club for five weeks, had a big falling out with an unnamed County player after the draw to Altrincham on Saturday.

Notts County currently find themselves four points off the National League play-off places in 10th with seven games to play, but with a vital two games in hand on the teams above them.

There are six teams fighting for the final three play-off places with Halifax, Wrexham, Bromley, Chesterfield, and Eastleigh all fighting it out with Notts County to get into the play-offs with the ultimate aim of getting back into the English football leagues.

The Magpies, who have been in the National League since their relegation from League Two in 2019, have the worst current form out of any of the teams battling for the play-off places having not picked up a win in any of their last six league games.

In comparison Bromley, who currently hold the last play-off place, have won five of their last six games and Wrexham in the place above them have only lost once in their last six.

This tweet from a Notts County fan sums up how they are all feeling after the recent run of form.

Final thoughts on #Notts tonight… we're not going up. We're not getting in the play offs.
We're nowhere near going up, and we've a lot to do in the summer to ensure we even stand a chance of top 7 next season. Miles off the mark.

Whilst the Magpies did manage to beat Sutton 1-0 in the reverse fixture back in October, Sutton now find themselves in a position to be able to go top of the league if they can get four points from their two games in hand on Torquay United and the match will be a difficult one, especially with the team in apparent disarray behind the scenes.

County manager Ian Burchnall will for sure be looking to the games against Bromley and Wrexham as the six-pointers that will make or break his sides’ promotion push.

The other three of Notts County’s remaining seven games are against teams below them in the table so they will be hoping to pick up maximum points from those games to give themselves the best chances of reaching the play-offs.

Hopefully Notts County will be able to put their recent bad form and off-field troubles behind them to finish the season strongly and make their way back to League Two, starting tonight against Sutton United at 5pm live on BT Sport.