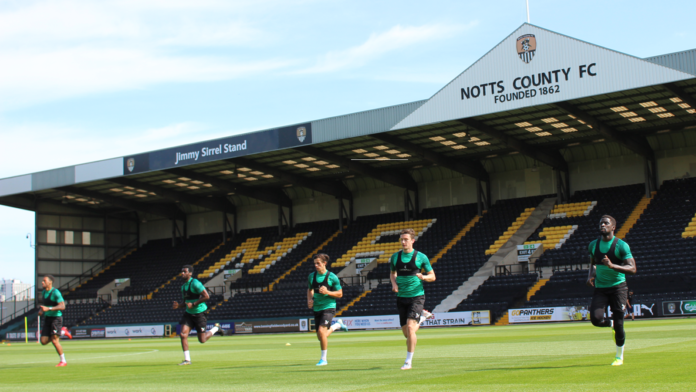 Notts County’s assistant manager, Maurice Ross, left the club last night after it emerged he made an “ill-judged” comment about one of his players.

The comment was made during the Magpies 1-1 draw with Altrincham on Saturday. It is believed that it was of a discriminatory nature, something that hasn’t been denied by Mr Ross.

The former Motherwell coach and Rangers defender released a statement to Nottinghamshire Live last night that said: “I deeply regret the comment, which is not a reflection of who I am, and would like to place on record my apologies to the player in question for the upset I have caused.

“While it was said in the heat of the moment with no malice intended, it was nevertheless unacceptable and I’m devastated by the impact it has caused.”

It has been reported that several Notts players raised the issue to the club’s chief executive Jason Turner yesterday morning and the club acted swiftly and decisively.

Mr Ross’s statement said: “The club has handled today’s events impeccably and everyone at Meadow Lane has my full support for the rest of the season and beyond.”

This all happened while Notts County and the majority of English football were taking part in a social media boycott. The clubs and the leagues have the goal of forcing social media giants to take a bigger stance against online trolls.

Mace said: “My understanding is that the players were extremely upset and angry about the comment aimed at one of them.

“On a weekend in which the football family united against social media discrimination, the conduct of a senior member of the football department is unforgivable.”

Notts are without a win in five and in the midst of a run of form that has seen them drop to 10th in the National League.

Mr Ross joined the club back in March when Burchnall was appointed as the replacement to Neal Ardley. Their goal was to finish in the play-offs, but that is starting to look less and less likely.

This evening’s game, live on BT Sport gives Notts the perfect opportunity to draw a line under the events of the last few days and move back into the play-off picture.