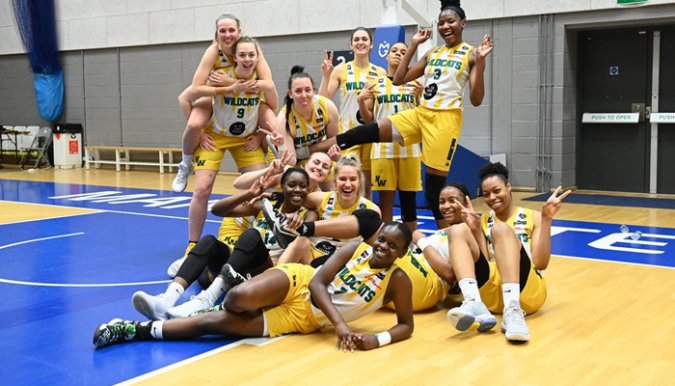 Wildcats have advanced to the semis after beating Manchester Met Mystics 80-64 in the quarter-final.

The side took an early 11 point lead in the first quarter and closed out the game for the win.

Nottingham were relentless on the glass, out-rebounding Mystics by 21 rebounds.

The team was also led by captain Chelsea Shumpert and Simone Costa, who scored 26 and 20 points respectively.

Guard Moa Lundqvist put up an impressive double-double of 16 points and 15 rebounds.

The result came as no surprise as the Wildcats finished fourth in the regular season, competing with the league’s top teams.

The side is also one of the top teams in rebounds and steals per game, something they will want to replicate in the semi-final.

Lions finished one position above Nottingham with a strong record of 16 wins and four losses.

The team are led by their backcourt of Cassie Breen and Kennedy Leonard. Breen averages 18.7 points per game, while Leonard puts up 15.7 points and 11.3 assists.

BA have a great offensive output, leading the league in points per game with their perimeter play.

In the quarter-final, the side beat Essex Rebels 92-65 thanks to a great performance from Leonard who scored 22 points, along with 16 assists, 8 rebounds and 8 steals.

Wildcats fan, Jack Roberts, said: “We are proud, excited and prepared to play against Lions in the semi-final.

“It’s been a difficult season with Covid-19 but the team has persevered and been brilliant all year.

“It’s going to be a tough game against BA but if we stick to our game plan, there’s no reason we can’t win.”

A win for Nottingham is well within their reach, having won the Championship two times already- more than any other club.

The semi-final will be broadcast by Sky Sports Youtube as the game tips off at 5pm on Friday.

8 pictures which capture the graffiti that is blighting our city

Who could Nottingham Forest make late moves for in the January transfer window?

Why Nottingham Forest should want Derby County to survive