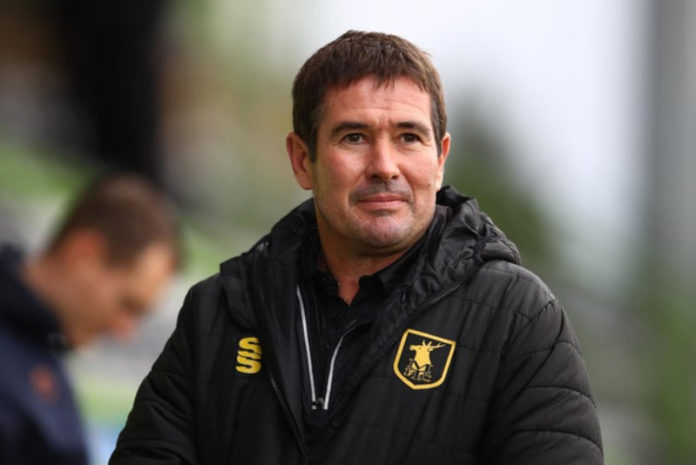 Stags boss Nigel Clough has urged his players to ‘pick up where they left off’ in Tuesday’s match against Bolton Wanderers.

Mansfield Town are aiming for a sixth successive league win tomorrow night after their previous two fixtures were postponed due to frozen and waterlogged pitches, respectively.

Manager Nigel Clough, speaking ahead of the rearranged match with Bolton, wants to see his side play with the same amount of energy that has seen them win five consecutive league games.

However, having only played once in the past three weeks, Nigel Clough is expecting a tougher challenge:

“The game will be about us trying to pick it up again – I didn’t think we were brilliant at Southend, but that’s the only time we’ve played in about two or three weeks now, which is the only concern.”

“If we can pick it up where we left off, we want to keep winning and want to keep creating chances. But that’s more difficult when you have these enforced gaps”.

The Stags were set to face Walsall away on Saturday, but the game was postponed due to a waterlogged pitch.

With Mansfield on such a good run a form, the boss admits the postponements have been ‘frustrating’.

“I think to have two games cancelled on the spin is very frustrating – especially when you’re in a good run of form and have everyone fit.”

“Sometimes they [postponements] can come at a good time and you can use them to get people out of the treatment room, but we didn’t need that.”

“But we did see photos of Walsall’s pitch and we do understand that with the water on the pitch, there was no way that we could play. Sometimes the weather just defeats you”.