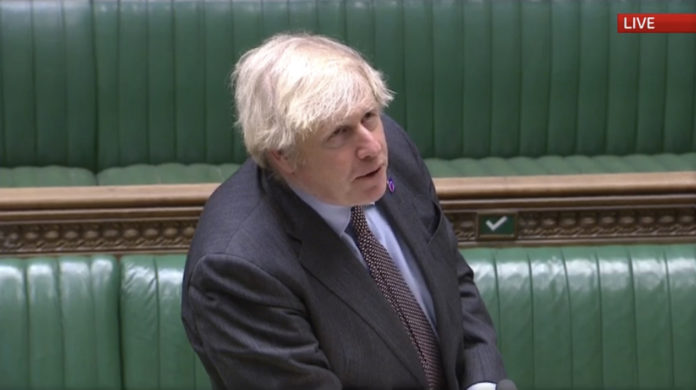 Boris Johnson announced yesterday “it will not be possible” for schools to re-open from February half-term after speaking in the House of Commons earlier yesterday.

The Prime Minister announced the delay after confirming the number of Covid-19 deaths surpassed 100,000 in the UK. He said: “I know how frustrating that will be for pupils and teachers who want nothing more than to get back to the classroom.”

The UK has officially had the most COVID-19 related deaths in the whole of Europe and Boris Johnson had this to say: “I take full responsibility for everything that the Government has done”… We truly did everything we could, and continue to do everything that we can, to minimize loss of life and minimize suffering.’

But Nottingham East MP Nadia Whittombe had arguably the strongest reaction to Johnson’s announcement, saying: “100,000 people have died. We cannot let the government rewrite the history of this pandemic.”

Whittombe also called for a public inquiry into the government’s handling of the pandemic.

However, many MPs backed the PM.

Joy Morrissey called for Boris to have ‘courage’ when it came to bringing pupils back to school: “Please may I urge the Prime Minister to have courage in these final months to bring children, particularly primary aged children, back to school as quickly as possible.”

Health Secretary Matt Hancock reiterated how important it was that we “Continue to play our part to supress this virus.”

Johnson is hoping to have schools re-opened by March 8th and has confirmed that children who are eligible for food parcels will continue to receive these until schools eventually do open again.

The PM also touched on a few other things in his statement today including making it illegal to travel for leisure purposes.

Regarding controlling borders, the PM said: All arrivals who for whatever reason can’t be refused will have to quarantine in hotels.

The PM will outline plans starting from February 22nd for a ‘gradual and phased’ route out of national lockdown.