“I’ve been in the business 30 years and right now vinyl is having a renaissance”. Those words belong to Jerry Krawczyk, the manager of Nottingham hi-fi shop Castle Sound and Vision and it speaks volumes. Sales of both turntables and vinyl are on the rise as a new market in the younger generations emerges. With many newcomers opening their eyes to the classic analogue format, we’ve broken down the key facts for those not knowing where to start.

Knowing your turntable: The essentials

While each turntable will have their minute differences, the vast majority will feature the same crucial parts that all first-time users should become familiar with; below are those very elements. 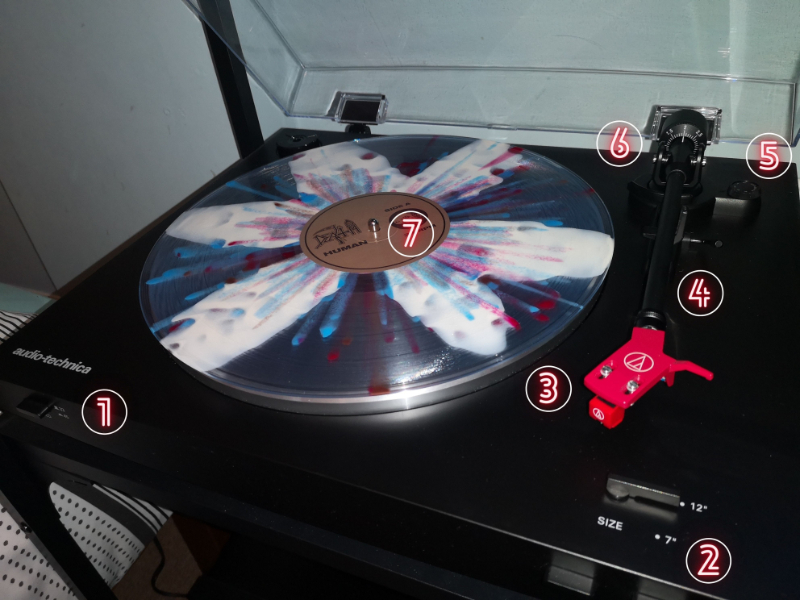 Keeping the records themselves safe is a no brainer but not everyone would guess that how you store your vinyl would make such a difference. Mr Krawczyk from Castle Sound and Vision said: “Storage of vinyl is key and you should always stack them vertically. A proper record box would be ideal where the dimensions have been made to fit their size to keep them snug.”

The 60-year-old from Mansfield added: “Generally speaking records don’t like central heating as it creates a store of static between the records so placing a bowl of water nearby or anything to add moisture to the air will help eliminate it. Try to avoid exposing them to excessive heat, too, as this can warp the records entirely.”

Dust, static, dirt; the banes of all vinyl. If you’ve ever noticed your records sounding like an excited bowl of rice krispies, then you’re probably facing a build-up of one of the three so you should always be well equipped to give those grooves a clean.

Mr Krawczyk recommends a carbon fibre brush, saying: “Unlike the pads you can pick up, the carbon fibre bristles will actually go into the groove of the record to reach any dirt or debris”.

Another alternative would be cleaning liquid. As you see in the gif below, small amounts of cleaner can be applied to a microfibre cloth and very gently ran over the spinning vinyl, being careful not to press down and damage the motor. Whichever method you choose, a regular cleaning routine is a surefire way to keep your records spinning grime-free.

If you follow all of the above and ensure you know your turntable inside and out then your place among the vinyl revolution will be well and truly secure.