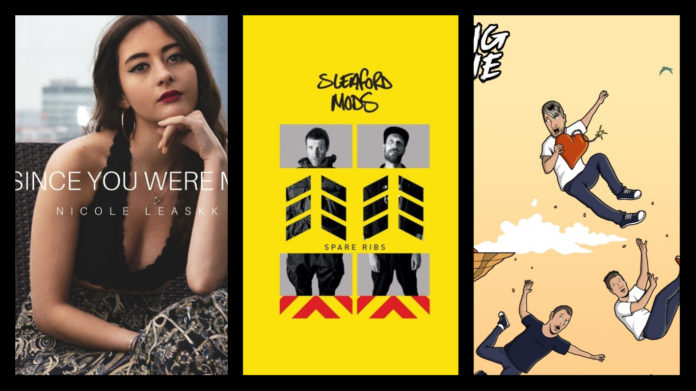 Nottingham’s finest have been busy in the studio over Christmas for this month’s releases, here’s some of the best music from local talent that you should be paying attention to…

Nicole Leassk – Since You Were Mine

The phrase ‘less is more’ is chucked around with great liberty but only upon hearing the harrowing silences and striking minimalism woven into rising R&B/pop wonder Nicole Leaskk’s new track, Since You Were Mine, does the phrase truly resonate. Ensconced in a pocket of ethereal production layers and backed by a booming yet gentle bass line, Leaskk carefully navigates her vulnerable melodies and utilises the track’s linear narrative for a satisfyingly explosive moment. Speaking to the aforementioned mantra of ‘less is more’, Since You Were Mine does well to use deafening silence to bring all attention upon Leaskk’s rich vocal tones. If the R&B scene is to thrive in Nottingham, Nicole Leaskk might just be leading the charge.

The 22nd January brought a new single to complete the EP of one Nottingham’s front runners. Released ahead of Saint Raymond’s upcoming album We Forget We Were Dreaming the single follows a familiar theme of many songs created through the pandemic- it’s okay not to be okay. This single could stand as an anthem of the pandemic with the echoing of the lyrics ringing in our ears to remind us of this important message. The song end with everything cutting out apart from the vocals creating power and resonance of the words “It’s alright to not be alright”. Alright is the completion of an EP containing five songs all with independent sounds and if this is anything to go by then the Album is one that you won’t want to miss from this Nottingham artist.

No-one quite gets the local scene hyped like Sleaford Mods. Since 2013, the electronic punk duo has epitomised the city’s long-standing spark for rebellion and left-leaning frustrations with the ruling classes and Spare Ribs comes backed with the same scathing rhetoric and head-bobbing basslines have come to expect. It may be true that this brings no change to the duo’s discography but here and now, in the third national lockdown when we’re “all so Tory-tired” as vocalist Jason Williamson sneers, more of the same isn’t such a bad thing. With the unknown just around every corner, the familiar acerbic barks and Williams’ down-to-earth narratives may just be sorrow’s greatest antidote.

If you are wanting to waste your Sunday away in bed with your partner then this song has to be added to the soundtrack. Simple Things by Georgie is a love song containing just a piano and vocals that speaks of those ‘simple things’ that make a relationship. This song stands as a reminder of the little things in life and love and will automatically remind you of those small, mundane moments that make your relationship. They are beautifully written lyrics that subtly and delicately resonate with the listener in the way I can only imagine that Georgie intended.

“Everything that I believed in was a lie and always has been, now I know the truth it’s easy to move on and drop this feeling.” Whichever way vocalist/bassist Aaron Juska-Bowes intended his impassioned hook to come across, it’s hard not to feel a liberating sense of escapism from its devil-may-care approach; a fairly deep resonance for a plucky pop-punk track. Drop This Feeling is the third instalment of Notts pop-punk trio Raging Clue’s growing portfolio of peppy morsels of punk rock attitude and, within a local scene that has often thrived on these same soundscapes, stands to be a worthy addition to the collection. Memorable, moreish and fairly mettlesome, Drop This Feeling makes a hat trick for these growing rockers.

To fuel your need for that indie fix look no further than My Pet Fauxes new song Damn. It ticks all the requirements of a standard indie–pop song with an added extra of synths that give it a unique standpoint. When listening to this new single it is hard not to be reminded of The 1975 and with their popularity forever growing it bodes well for this Nottingham band. The use of textures creates substance to the piece and a catchy guitar hook and chorus line that you are not soon to forget.