Gary Murphy, 41, highlights that even with recent successes through the Blondes ‘Coming of Age’ single, he remains concerned for potential music careers.

The manager said: “Streaming leaves the artist with very little.

“It is threatening the future, something needs to change.

There is no way a young band can survive on streaming loyalties.”

Gary has been in the music industry since late 2002 and has managed an abundance of indie bands throughout his career.

He said: “I found the band through an old school friend.

“I went on TikTok and listened to it and thought this is incredible!

“There is something really special going on and I cannot wait to see them live.” 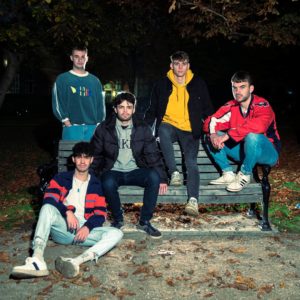 The song has gained over 570,000 streams in the past month, a 123 per cent increase from the previous month.

The band has had to rely on internet streams as they are unable to perform live shows because of the pandemic.

Gary added: “Although there have been restrictions it has been a great time to be creative.

“If we were allowed to play live shows when Blondes were really ramping in the streams, it would have helped create real excitement around them.”

Alex Davison, 23, from Blondes, also notes the importance of gigs and the impact streaming has on new artists.

The guitarist said: “You always need the live element as that is where you get your income.

“You need it in terms of exposure and cash flow.

“Streaming platforms don’t pay well so it takes a lot to generate any real income as an artist.”

Artists on Spotify approximately make £0.059 per stream, making it hard for smaller musicians to create an income.

The band is now looking towards the future and will be performing live shows by late 2021. 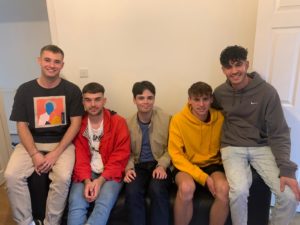 The manager said: “We hope to be back to capacity shows by April 2021.

“I do think we definitely will have some festivals lined up.

“I am usually working on the road at a different festival every day.

This is the first time in ten years when I have been home.”

The boys are now back in the studio recording and are nearly at two million streams on Spotify.