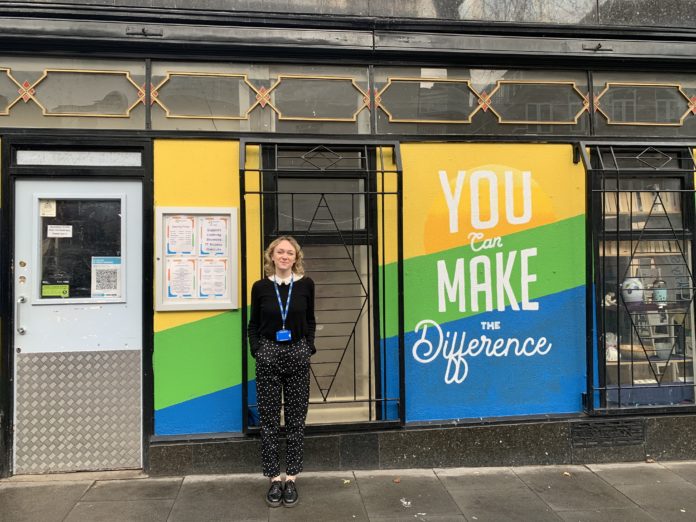 A Nottingham charity has currently raised over £24,000 through its winter campaign, which aims to educate people about the realities of being homeless and raise enough funds to sustain their work in 2021.

Emmanuel House, a support centre based on Goose Gate, supports homeless, isolated and vulnerable adults across the city.

Their new campaign features a short film and a piece of artwork, which has been painted onto the side of the charity’s day centre in Hockley.

The film, which is called ‘Lone’, is a story written by Nottingham filmmaker’s Luke Radford and Toby Curson and is based on the real experiences of people who have been homeless in Nottingham.

Rosie Needham-Smith, Marketing and Fundraising officer for Emmanuel House, said: “This year we wanted to do something slightly different with the film and raise awareness of Emmanuel House and the services and support that we can provide.

Emmanuel House commissioned local street artist Elliot Cane to produce the artwork for the campaign, with the key message of “You can make the difference.”

Rosie added: “The idea behind the poster and the mural campaign was that we wanted to share the positive work and the positive feelings that come out of Emmanuel House.

“We also wanted to share that positivity around the city.”

Alongside the mural painted onto the front of the Emmanuel House day centre, Elliot’s work has also been printed onto posters which are displayed in various shop windows around the city centre.

Nottingham’s transport services NCT and NET have also allowed the design to be wrapped onto the side of a double-decker bus and a tram.

Please visit the Emmanuel House website, emmanuelhouse.org.uk, to view ‘Lone’ or to make a donation.