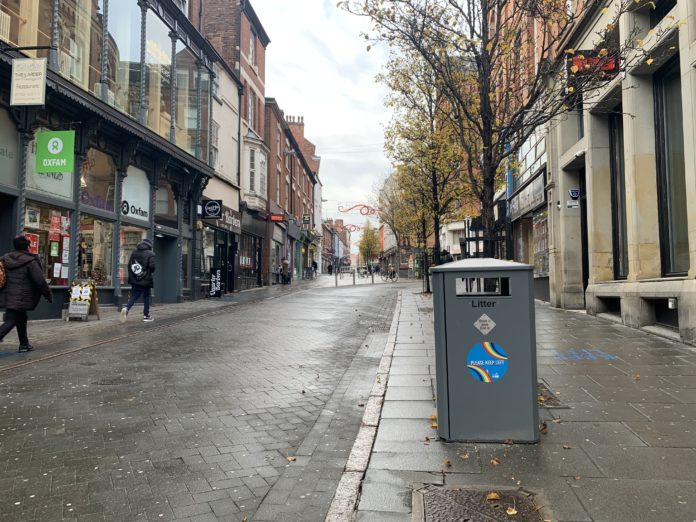 Data from Nottinghamshire City Council has revealed a dramatic drop in the number of littering fines given out this year compared to previous years.

The reduction comes after the council introduced new litter and recycling bins in the city centre in March, which are big enough to hold a full wheelie bin’s worth of rubbish.

This was also the first time that recycling bins had been made widely available in area.

Councillor Rebecca Langton, Nottingham City Council’s Portfolio Holder for Communities, said: “I’m delighted to see the smart new bins going in around the city – I know they will be really popular and well-received.

“As well as eliminating single-use plastic bags, the new recycling bins mean that for the first time, people in Nottingham can recycle when they’re out and about.

We’re urging people working, living or visiting Nottingham to look after the new bins and help us ensure that as much waste is recycled as possible.”

Figures from January to October this year show that 2023 individual fixed penalty notices were handed out for ‘Enviro-crime’, which, among other things, includes dog fouling, smoking in a smoke-free place and leaving litter.

Over half of these fines, 1040, were given for littering specifically. 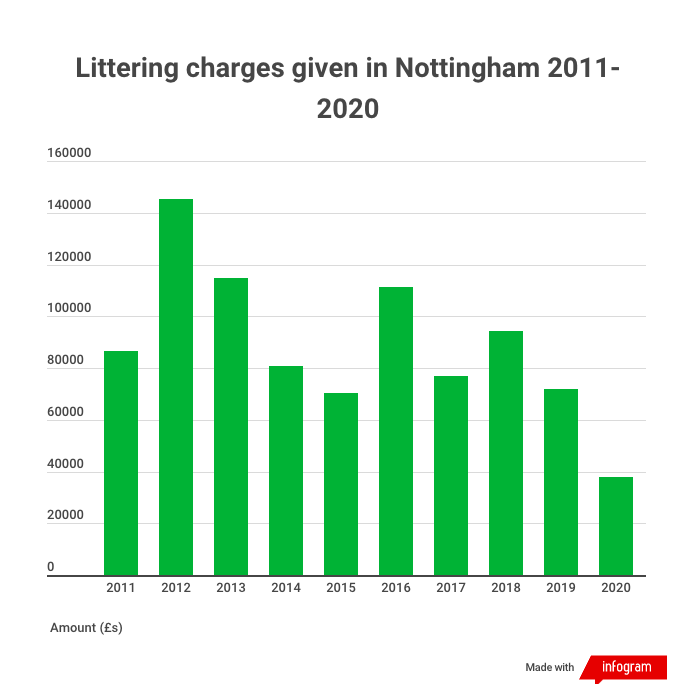