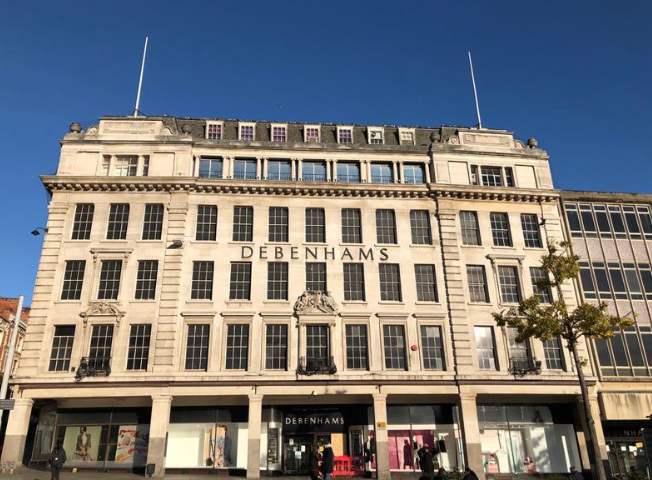 Nottingham’s Debenhams store could be saved if a rescue bid goes ahead.

Mike Ashley’s Fraser group are preparing a last ditch bid in order to save Debenhams from administration.

The store group is are set to close all 124 stores in the UK by next summer, with Nottingham’s store expected to be gone as early as next March if a buyer isn’t found.

But with negotiations ongoing between Mike Ashley and Debenhams there may still be a lifeline for the 12,000 employees who nationally work for them.

The retailer has already axed 5,000 jobs after being hit during the pandemic.

The four-storey department store in Nottingham is one of the country’s biggest Debenhams so the possibility of closure means job losses. Customers said they would miss the brand if it closed, too.

Regular shopper Deborah Antonio said: “I really hope the manage to save Debenhams.

“I’ve shopped there for as long as I can remember really.

“Not only would it be a shame for the regular shoppers but for the staff it would be devastating to see so many people lose their jobs.

“If the Fraser group are able to come to some sort of deal together with Debenhams it will be a real lifeline for those working there.”