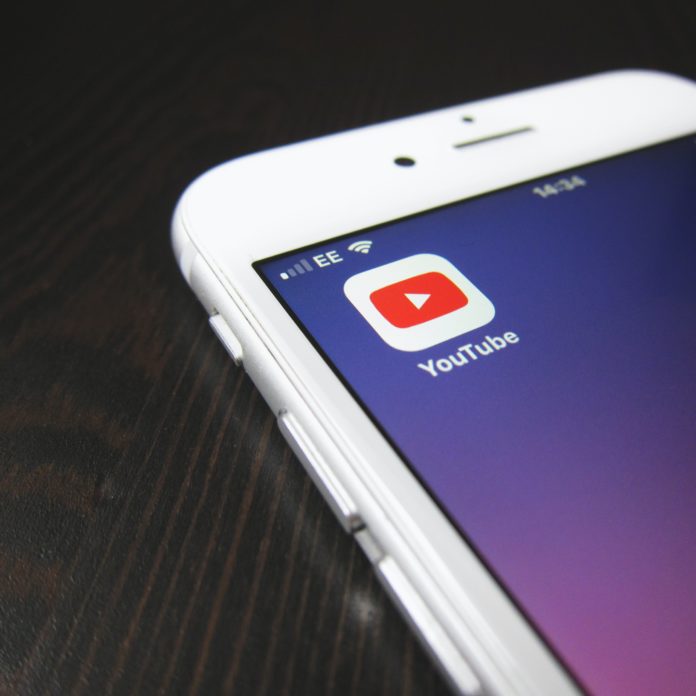 Oh Santa! Fans go crazy on Twitter as the queen of Christmas, Mariah Carey airs her remake of the 2010 single with the help of Ariana Grande and Jennifer Hudson.

Mariah’s 2010 single “Oh Santa” was co-written by Grande and Hudson and now they’re front and centre with Mariah to brighten up our Christmas.

The video premiered at midnight on 4thDecember in ‘Mariah Carey’s Magical Christmas Special’ on Apple+ TV.

It starts in Santa’s workshop with dancing elves before the three singing superstars take centre stage in their gorgeous festive dresses with their delicate dance moves while belting out the catchy hook “Santa’s gonna come and make you mine this Christmas.”

The festive performance begins with Hudson and Grande appearing from behind the elves and their gifts before joining Mariah on stage for the upbeat song.

‘Oh Santa!’ was originally released by Mariah in 2010 and although the new edition of the song remains the same, Ariana and Jennifer add a refreshing touch to the Christmas classic.

Ariana’s soft voice blends seamlessly with Jennifer’s as she hits those notes and riffs perfectly with such ease every time.

The song showcases there is no doubt that the three divas and their powerhouse vocals work cohesively together despite their different techniques.

From start to finish, every line is sung with the utmost energy, perfectly capturing the atmosphere of the festive season and as a viewer you can’t help but feel this as soon as the performance begins.

Mariah takes front and centre stage for the majority of the performance before Grande and Hudson join by her side for a special ‘girl group moment’ where Ariana and Mariah finish off the song by showcasing their infamous whistle notes together before blowing kisses to the admiring elves.

Fans went crazy on Twitter thanking the trio for saving 2020! 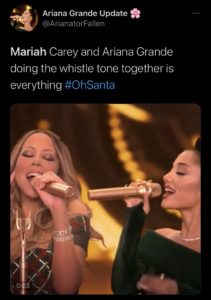 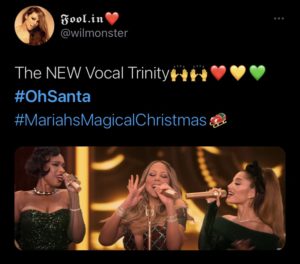 Will you be streaming Oh Santa this Christmas?