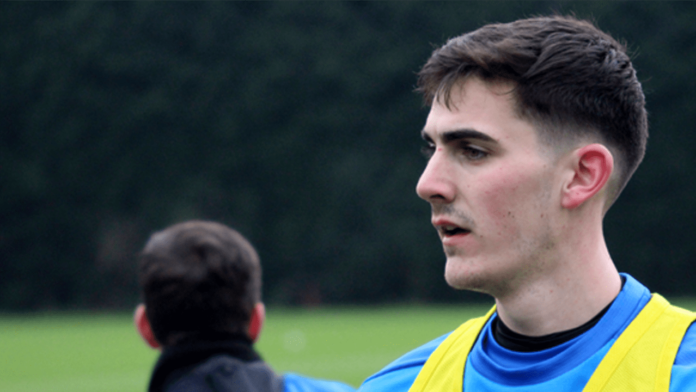 Notts County completed the signing of Tom Walker from Harrogate Town yesterday in an effort to cover the gap left by the loss of Cal Roberts.

Walker has joined for a short loan spell which will last until just after the new year.

Cal Roberts, one of The Magpies key men, has been in and out of the side this season while he tries to recover from an injury he sustained in the FA Trophy clash with Harrogate Town at the start of the season.

Walker has struggled for playing time at Harrogate this season, appearing just seven times – six of which were from the bench. He said: “As soon as I found out I could get a run of games here it was a no-brainer.”

Before moving to Harrogate last summer, Walker was an impressive performer for both AFC Flyde and Stockport County. The winger scored four goals in nine appearances for Flyde and five in 15 games for Stockport.

“I have liked the look of Tom for a while and so we are very happy to have him with us,” said Notts boss Neal Ardley.

Walker described himself as, “A positive, direct winger/attacking midfielder.

“I like to get at defenders, get crosses in and get shots off. I’m known for getting goals and assists and I am hoping I can do that here.”

The 24-year-old winger was born in Salford and came through the youth system at Bolton Wanderers. He made 18 appearances for them in the Championship.

He was keen to emphasise his versatility as a player saying he was comfortable playing in any of the attacking roles across the midfield, “As long as I am playing, that’s alright for me. Whether is be left wing, right wing, as long as I’m playing I am happy.”

He then went on to play under the Class of 92 at Salford scoring five times in his 46 appearances.

“Notts County is a massive club, with a great history. I am sure that this year County will do really well,” he said.

County face a tough run over the next month with nine games in the next four weeks.

When asked about whether or not the congested run of fixtures played a part in the decision Ardley said: “Possibly, you have to look at what shape you want to attack a game or style you want to play.

“Having that one v one domination, that player who can unlock something is key.”

Roberts has been a star performer for The Magpies since he joined from Blyth Spartans last January. “Everyone at the club loves him, we love what he brings and we love the quality he gives us. If we have got one player that we feel is to anyone else in the league then he is it,” said Ardley.

The Geordie Messi, as he is affectionately known, scored five goals in ten appearances last season. Including memorable goals in both the play-off final and semi-final.

It did look at one stage that Roberts would need surgery, but Ardley told the media yesterday that it at the moment they don’t think it will be necessary.

County are starting to build momentum after successive wins against local rivals Chesterfield and Wealdstone. Friday night’s 3-0 win against Wealdstone was one of the best performances of the season. “Wealdstone came and believed they could take us on and that’s what made the game so open,” said Ardley.

Walker has trained twice with the team and could potentially be in line to make a first appearance against Dagenham & Redbridge tomorrow night.